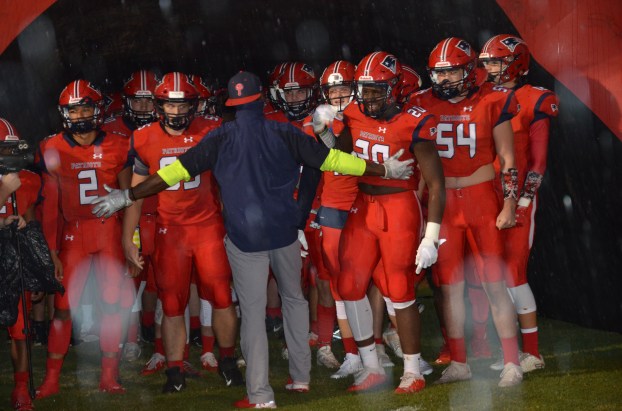 Patriots return from bye week to take on Valiant

This is the first year that Valiant has fielded a football team. Valiant has been outscored 50-96 by their opponents the last three weeks, and lost last week’s region game against Lee-Scott Academy by a score of 31-30.

PLAS head coach Mario White says their practice sessions in the two weeks since their last game have been very demanding.

“Last week was a modified week, and it was a very physical week,” said White. “We have gotten back to lifting, watching film, and practicing hard this week.”

The Patriots went into their bye week coming off a 34-7 win over Tuscaloosa Academy. The win came two weeks after the Patriots lost their only game of the season against Chambers Academy. The Patriots won by forfeit following the chambers game.

“I expect for us to take care of the ball and play mistake free,” said White. “ If we do our jobs and our assignments, we’ll be okay.”

White credits God for guiding his team and players, many of whom have come from all over the state, to their current success.

“We believe that God has put us here for a reason,” White said. “We all came here together, it’s a lot of guys from different programs here, and God’s will…has allowed everything to work out.”