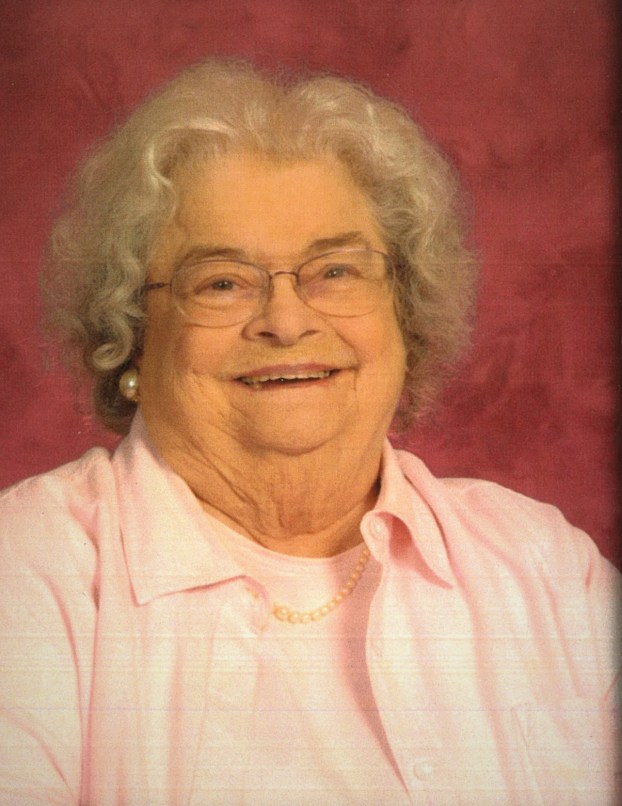 Bowden: ‘This is the most humbling experience’: Huntingdon College honors her for ‘dedication’

The voice on the telephone was familiar. Anthony Leigh is the senior Vice President for alumni relations at Huntingdon College, where Sara Dickert Bowden of Brundidge is an alumnus and also the college of choice for her granddaughter. But the message he spoke, took Bowden totally by surprise.

The Huntingdon College of National Alumni Association had selected Bowden, Huntingdon Class of 1951, to receive the 2020 Alumni Loyalty Award, which is given annually to individuals who have demonstrated continuing affection for and commitment to Huntingdon College.

Bowden, who is not one to be at a loss for words, was speechless.

“I was shocked; I was honored; I was happy; I was overwhelmed, I was humbled, and I hope I responded with all those words before I handed the phone to my husband,” Bowden said.

When Bowden was fully able to comprehend Leigh’s words, “2020 Alumni Loyalty Award,” she called her four children who shared her excitement. Then, she settled back “to take it all in.”

“I never expected anything like this,” Bowden said. “This recognition was not something I worked for or vied for. The award was a complete surprise and I couldn’t think of any words that would express my gratitude.”

For a time, Bowden kept the “incredibly good news” to herself.

“I wanted to bask in it first,” she said, laughing. “Then I began to share it with my friends.”

Bowden, who is known for her humor, laughingly told her friends that, undoubtedly, the committee realized, “Good heavens, she’s in her 90s, so let’s give it to her now before it’s too late!”

“This has been a most humbling experience,” Bowden said. “I love Huntingdon and to be recognized by the alumni association is greatly appreciated yet so humbling.”

But, had not been for a fire in her dad’s lumber yard, Bowden would not have attended Huntington.

She was going to Sweet Briar College in Virginia but, after the fire, to do so, would have been a financial hardship on her family.

“I guess you could say the fire was my good luck,” she said. “I could not imagine having gone anywhere else.”

Bowden’s roommate was a friend from home and she there she made friends for a lifetime.

“The education I received was excellent and we learned to be responsible citizens. No boys lived on campus and, as young women, we learned the ‘social graces’ that have served us well.”

In her second year, Bowden drove to college on a shiny, black Ford.

“And my popularity soared,” she said laughing.

Bowden graduated from Huntingdon College in 1951 with a degree in secondary education. She taught English and social studies in the public-school system for nearly 30 years, first in Greenville for a year, then two years in Ozark and two at Fort Rucker before finding a home at Pike County High School, where she was the high school’s first guidance counselor. After retirement, she was guidance counselor at Pike Liberal Arts for two years.

Bowden, an active and involved teacher, was also involved in church and community activities. She remains active with the Brundidge Historical Society, including charter membership of the Peanut Butter Festival, Pike Piddlers Storytelling Festival and Alabama’s Original Folk Life Play, “Come Home, It’s Suppertime” where she plays the role of “Miss Ethel” and “she’s a hoot!” audiences say.

Having received infant baptism in the Brundidge United Methodist Church, Bowden holds the distinction of being a continuous member for 91 years, and serves as a member of the United Methodist Women, a Sunday school teacher, board member, a provider of children’s moments for worship services and riddles for the monthly newsletter.

She has been married to Lawrence Bowden for 65 years. They have five children, eight grandchildren, and three great-grandchildren. Two of their children are Huntingdon alumni: Dr. Laura Bowden Carpenter, Class of 1977; and the Reverend Larry Bowden, Class of 1980.

Huntingdon is a coeducational residential liberal arts college of the United Methodist Church.

The Johnson Center for the Arts is hosting an artists’ reception for exhibiting artists, Jeffry Babine and Betsy Barrett-Hails, from... read more