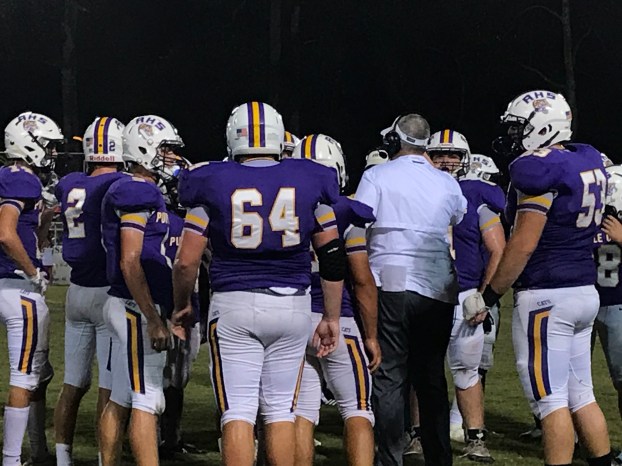 The Purple Cats recorded 306 total yards of offense, with 82 through the air, and 224 on the ground.

Ariton quarterback Ian Senn completed 4 of his 5 passing attempts (80%) for a total of 82 yards.

No receiving touchdowns were, but a few long passes were caught.

The Purple Cats had five rushing touchdowns on Thursday.

The defensive players also had a big night, with 5 players recording 6 or more tackles, and an interception was also recorded during the game.

Senn made all 5 of his point-after-touchdown attempts.

The Purple Cats scored 14 points in the first quarter and 21 points in the second quarter but were held scoreless in the last 2 quarters. The Rebels were unable to find the endzone or the uprights in all 4 quarters.

Head Coach Steven Kilcrease was pleased with the way his players performed on both sides of the ball.

“I thought we established things well up front,” said Kilcrease. “I thought on defense we ran with the football really well and tackled well.”

Kilcrease also explained how important it was to get so many different players into the game.

“We’ve got a lot of guys on the team that have played in one ballgame,” said Kilcrease. “Everybody got in there…and they all played hard.”

The win for the Purple Cats snapped a four-game losing streak.

“We’ve played 4 tough teams, and it felt good to get a win,” said Kilcrease. “The players were excited, and hopefully it gives us confidence going into next week.”

The Purple Cats will play region opponent Elba on Friday, Oct 16th, at home in Ariton.

The Rehobeth Rebels improved to 4-4 on the season with a 29-14 win over Charles Henderson High Thursday night in... read more