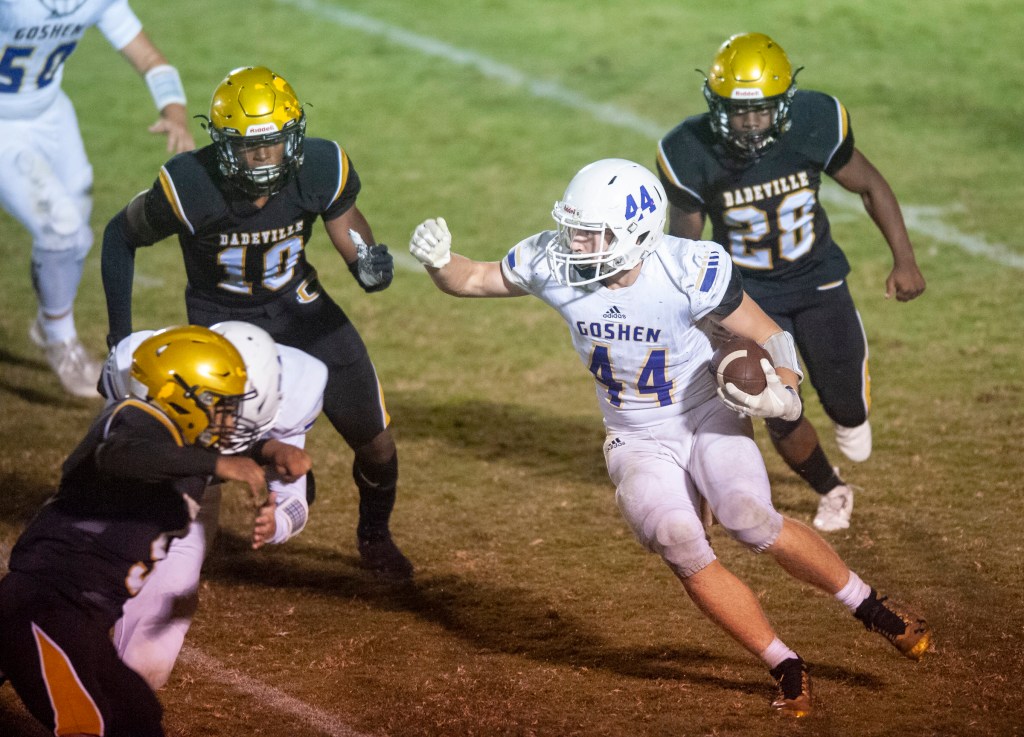 The 4-2 Dadeville Tigers welcomed Goshen on Friday night for homecoming and thoroughly dominated the Eagles on every level en route to a 53-0 win.

After a steady first quarter in which running back Christian Nelson picked up a touchdown for the Tigers, Dadeville blew the game open in the second.

Nelson capped the first drive of the second quarter with a 5-yard touchdown run and picked up his third touchdown on the following possession when he broke past the Eagles defense for a 57-yard score.

Up 19-0, running back Javauntae “Juicy” Holley spun out of the arms of an Eagles defender and broke several more tackles to score from 9 yards out just a minute before half.

The second half opened with Dadeville in a tough spot at third-and-24, but a pass interference penalty against Goshen allowed the Tigers to continue their scoring streak with Holley punching in another touchdown from the 2-yard-line.

Defensively, the Tigers left Goshen with nowhere to go, forcing three-and-outs on every Eagles drive through the middle of the fourth quarter.

With four minutes left in the third, Phil Dowdell caught a Goshen punt on the run and took it back more than 50 yards to bring the score to 40-0.

On the very next defensive play for the Tigers, Wardrellis Cox read a Goshen pass perfectly and intercepted the football in stride for another Dadeville touchdown.

Nelson capped the scoring at 53-0 with his fourth touchdown of the game on an 84-yard sprint with 30 seconds left in the third quarter.