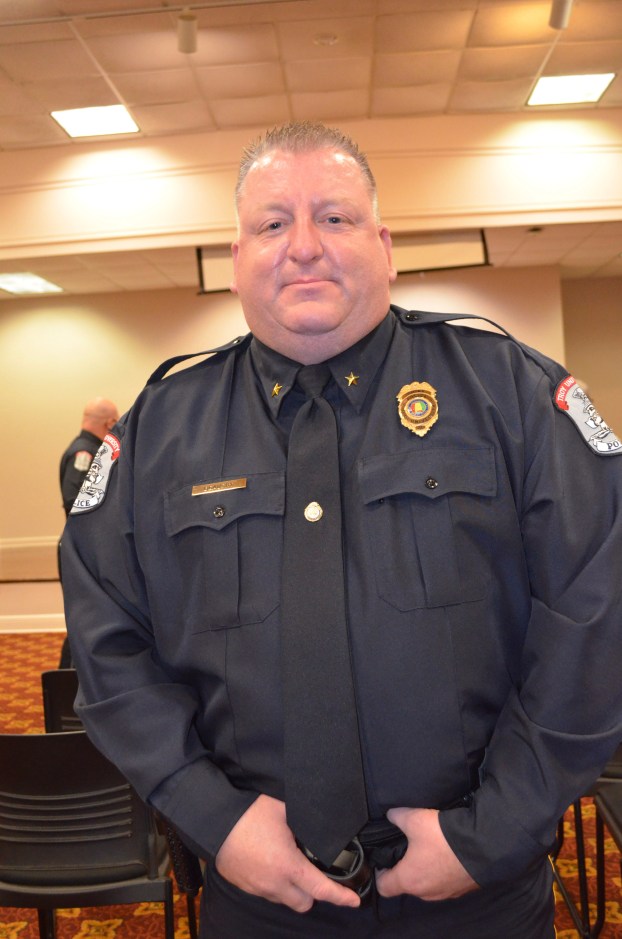 Law enforcement veteran George Beaudry was introduced as the new police chief at Troy University during a press conference on Wednesday. Beaudry previously worked with the Montgomery County Sheriff’s Department.

State Troopers’ Chief Charles Ward and Montgomery County Sheriff Derrick Cunningham, who served on Troy University’s search committee, had high praise for Beaudry. Both said Beaudry is “a man of character, with a hearty laugh and a good nature” and one who has the experience and abilities necessary to serve as the university’s chief of police.

Beaudry, they said, will maintain a safe and secure campus and have the respect and trust of the students. And, he will work well with local law enforcement.

Ward said Beaudry was selected from a great group of applicants.

“It was a tough decision but we narrowed it down to the ‘cream of the crop,’” he said. “In the end, George rose to the top.”

Ward said the search committee deemed Beaudry a people person who would build bridges in the community. “George Beaudry was an excellent decision.”

Beaudry said communication is most important in building trust within the university and the community.

“The biggest point for me initially is accessibility,” he said. “I want students and parents to know they have direct access to me and our officers as well. I want our entire community to know that I’m here and available to them.

Building a strong communication bond between students and the Troy University Police Department will be the foundation of the new police chief’s tenure.

It was evident that Beaudry already understands the starting place for that line of communication.

When asked the greatest challenge facing him at Troy University, he didn’t hesitate, “Parking tickets!”

Beaudry has nearly 30 years of experience in law enforcement, including four years of service in the United States Air Force, and has been deputy sheriff captain in Montgomery County since 1995. He holds the Bachelor of Science in Justice and Public Safety degree from Auburn University Montgomery and is a graduate of the FBI National Academy. He completed additional command staff and leadership training at the National Command and Staff College in North Carolina. He has led the MCSO’s Patrol Division since 2015, having served previously in Patrol, Investigative, Administrative and Special Operations divisions.

Tens of thousands participated in the 2020 Prayer March in Washington D.C. on Saturday that was led by Rev. Franklin... read more