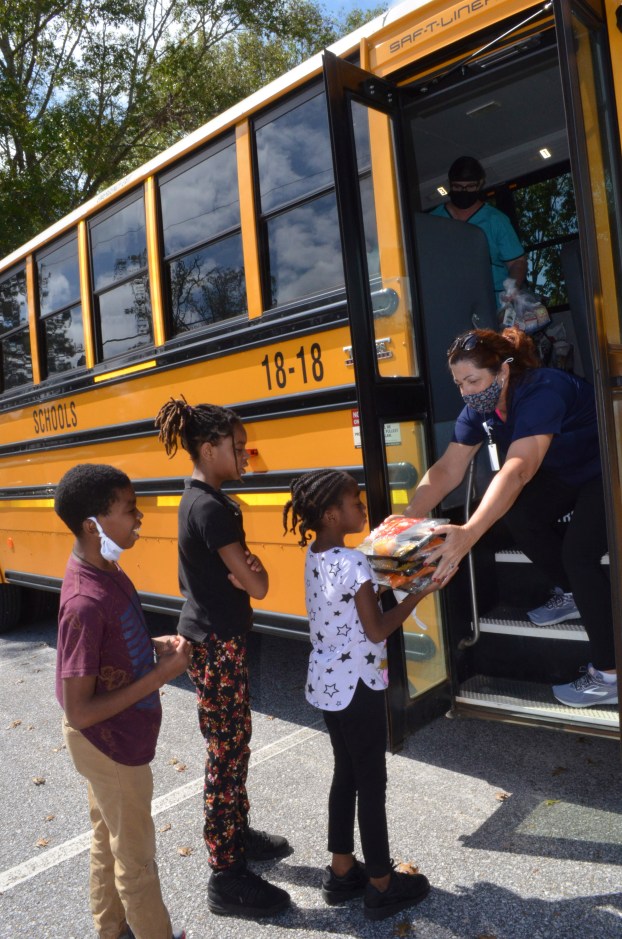 MEALS ON THE ROAD

On Monday, the Pike County School System began making modifications to its satellite meal distribution due to lack of participation.

Brook Terry, PCS child nutrition director, said the Pike County Schools will deliver meals to Meeksville at 11 a.m., Stills Crossroads at 11 am., Old Ebenezer Church at 11:30 am. And Galloway Park at noon.

“We will continue to curbside meal service at all Pike County Schools,” Terry said. “Meals can be picked up between the hours of 11 a.m. and noon. Both breakfast and lunch meals will be available for pickup.”

Terry said the curbside meals will be available to all children, ages 18 and younger.

“The children do not have to be enrolled in Pike County Schools to receive the meals,” Terry said.

Terry said the students who are enrolled in the traditional school option are receiving their meals in the classrooms.

The curbside buses were rolling Monday with pickups at Galloway Park in Brundidge, Ebenezer and Stills Crossroads.

Chris Haynes was waiting at Galloway Park with her daughter, Sadaijah Carter, a second grader.

Haynes said she chosen the virtual option for her daughter out of concern for COVID-19. “And, I just enjoy having Sadaijah home with me,” Haynes said. “Keeping her attention is not always easy but she’s a good student and she’s keeping up.”

Haynes said she appreciates the Pike County Schools System for providing the curbside lunches, for those who chose the virtual option.

“We live out beyond the Walmart DC,” she said. “We look forward to getting out and coming in and picking up Sadaijah’s lunch. She gets to see friends and that’s fun for them.”

Sadaijah and her friend, Pelaiah Anthony, spent time together while waiting for the lunch bus. And, there was a lot of little girl giggly going on.

Dana Hagler, bus driver, said response is good to the curbside pickup and it is obviously appreciated by those who participate.