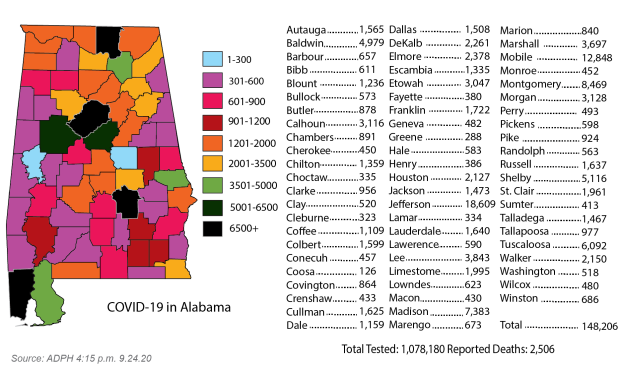 More than 64,500 people in Alabama have recovered from COVID-19, according to the latest data.

The Alabama Department of Public Health update on Thursday showed 64,583 recoveries since tracking began in March. That’s about 48.4 percent of the cases reported and an increase of more than 3,350 from the prior week.

According to the ADPH totals, Alabama residents have had 133,433 confirmed cases of COVID-19 an d14,773 probable cases. More than 2,500 people have died and about 740 remain hospitalized.

The presumed recovery statistics do not carry over to county data.

Troy University added 10 new student cases on Thursday, bringing the total cases among students on the Troy campus to 375 since Aug. 3.