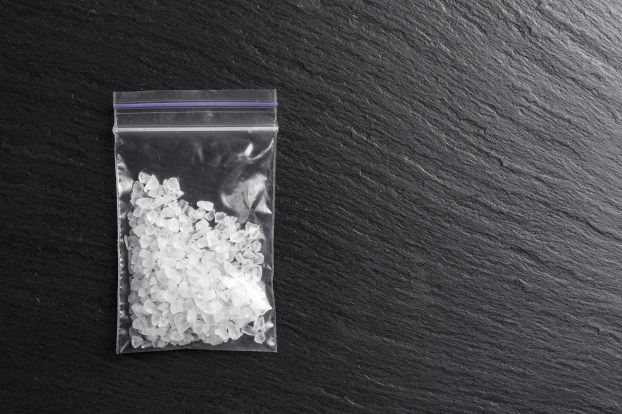 That may seem an odd reaction, but those mixed emotions best described Patty Faircloth’s reaction to the arrest earlier this week of a Troy woman on charges of child endangerment by exposure to narcotics.

“I’m said that children were exposed to this, but I’m excited that our justice system worked, and these parents were charged,” said Faircloth, director of the Pike County Department of Human Resources.

Shelbie Lynn Moore, 29, of Troy, was arrested Monday on charges of endangering the welfare of three juveniles exposed to narcotics.

Marcus Tawuan Xavier Scott, 32, of Troy, was arrested Tuesday and also charged with three counts of chemical endangerment of a child.

And while Faircloth declined to talk about the specifics of that case, she said the larger issue of children facing exposure to narcotics – specifically methamphetamine – is a serious concern.

“This is something we’ve been working really closely with the law enforcement and the DA to address,” she said. “In a six month period last year, we had five children under the age of five test positive to methamphetamine due to exposure …

Methamphetamine is an illegal powerful, highly addictive stimulant that affects the central nervous system. It’s known by several names, including meth, blue, ice and crystal, and can be manufactured in a home setting by using a variety of common household products, all of which can be dangerous if consumed. Children can be exposed to toxic levels of the drugs during the manufacture or consumption process.

Hair follicle testing can identify the amount of exposure, including indicators of whether the drug was consumed or manufactured in a child’s presence. “We’ve also seen some very high levels in little (children) that indicated they had ingested it,” Faircloth said.

That exposure creates addictions and long-lasting issues for the children.

“We’ve had babies born who were positive (for meth exposure) who then go through withdrawals,” Faircloth said.

“We’ve had children enter foster care and then the parents have had to help the child go through withdrawals.”

In addition to the addiction, exposure can cause development delays, behavioral issues and physical changes. “There are dangerous chemicals and we don’t know the full extent of what they will cause,” Faircloth said.

The toxicity is so great that DHR workers who are tasked with removing a child from a residence where the drug has been manufactured will remove the child but leave belongings behind, due to exposure. “The first meth lab I’d ever been in, I had to go buy everything for the baby … I didn’t even bring a bottle or a pacifier from the home.”

“Typically, our goal in the prosecution of those matters is to force a parent into treatment and if suitable enable them with the ability to reunify with their child,” he said. “However, in circumstances where a child is exposed directly to a substance and it actually appears in their blood or hair follicles there’s a more punitive approach and we typically seek some period of incarceration”

Ultimately, the goal of both DHR and law enforcement is to protect the children and, when possible, support the family. “The ultimate goal is to work with local agencies like DHR to make sure these children are placed in a safe environment, free from harm with little to no risk of such exposure in the future,” Anderson said.

For the past three years, DHR has worked aggressively to provide preventative services to families designed to help prevent separation situations. Three years ago, more than 50 children were in foster care in Pike County; today, that numbers average about 30 children. “Those programs have been effective,” Faircloth said.

But officials still rely on help from the public in identifying potentially dangerous situations for children.

“Anybody who sees a concern can make a report,” Faircloth said. “And all reports are confidential. We don’t disclose who made the report … and you don’t have to have proof.

“It’s our job to investigate, to find the evidence and to prove it.”

The Pike County Road Department has lifted the travel advisory for county roads, but several remain closed due to storm... read more