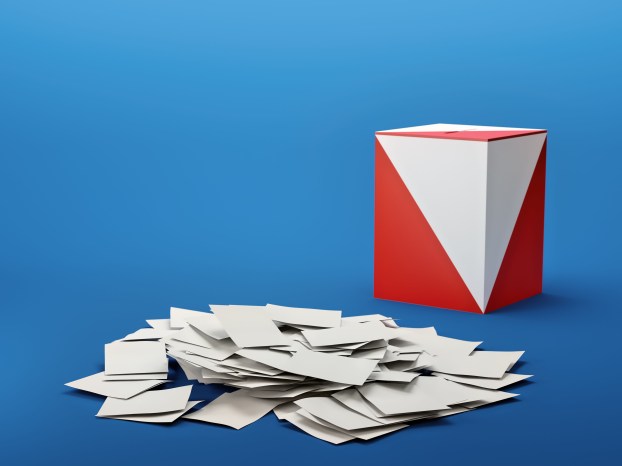 The City of Troy approved  election results for the Aug. 25 municipal election on Tuesday.

The council members met in a special called meeting to canvass the election results.

Clerk Shannon Bryan said 16 provisional ballots had been cast in the election, but only two were deemed valid.

The two ballots that were counted included two votes for Jason Reeves, incumbent mayoral candidate; one for Caleb Dawson in District 4; and one for Robert Jones in District 1.

The final vote totals approved unanimously by the council were:

Jones thanked his fellow council members “for all the knowledge, wisdom and support they’ve shown me these four years. But unfortunately, as they say, all good things must come to an end.”

To his supporters in District 1, he apologized for not getting out to campaign face-to-face as much in recent months “But with my doctor’s advice and myself, I chose not to do that,” he said. “Sometimes you make the wrong decision and it doesn’t turn out like you’d like.”

He also urged everyone to recognize the importance of the youth vote. “(Ms. Holland) connected with young people and students at the university,” he said. “They had voter registration drives and got out the vote … young people are going to have an impact on our elections and we need to get them involved and keep them involved.”

And he challenged his fellow council members to remain focused on three important projects: street repaving, the renovation of Academy Street School and the future of the Boys and Girls Club.

Baker thanked her supporters in District 4, as well. “Although voter turnout was low city-wide, for District 4 we had historic voter turnout,” she said. “I’m thankful for the vote of confidence and honored to be able to serve four more years.”

“I thank God for my district and the people in my district to have the confidence in me,” Moultry said. “This district has never been unopposed.”

Paramore and Meeks also thanked their constituents for allowing him to serve again . “And Mr. Jones, we appreciate your time, effort and talents that you brought to the council. You’ve been a good friend and a good public servant.”

All the council members welcomed Holland to the council. “We want to continue to make a difference in this community, because everybody has a gift,” Moultry said. “If your gift is connecting with young people, we’re going to drive you into the ground,” she added jokingly.

The 2020 Brundidge Municipal Election was canvassed on Monday when the status of two provisional ballots was resolved. The Pike County Board of Registrars had to confirm whether to accept or reject the ballots.

The Brundidge City Council met in special session at 10 a.m. Monday for the resolution of the ballots.

Linda Faust, Brundidge city clerk, said one of the provisional ballots was rejected because the voter was not registered at the time of the election on August 25. The other ballot was accepted.

To retain the mayor’s seat on the Brundidge City Council, Isabell Boyd had to receive the vote on the accepted provisional ballot in order to give her 50 percent of the votes plus 1.

When the accepted provisional ballot was opened, the vote in the mayoral race was for candidate Anthony Foster; therefore, Boyd did not receive the necessary votes required to retain the mayor’s seat.

The runoff between Boyd and former Brundidge mayor Jimmy Ramage will be on the October 6 ballot. Also on the ballot will be the City Council runoffs between incumbent Betty Baxter and Gerald Holland, District 1, and incumbent Alexandria Griffin and Latisher Hall, District 2.

The final vote count for the 2020 Brundidge Municipal Election was as follows:

Another eight on-campus cases of COVID-19 and seven off-campus were reported Tuesday at Troy University. The new cases bring the... read more