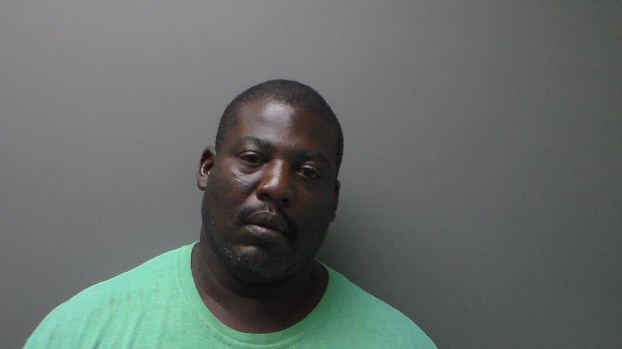 A car chase that ended in front of the police department and subsequent shooting on Sunday led to the arrest of a Troy man on three counts of attempted murder.

Henry Barr, 51, of Troy, was being held on $375,000 bond in the Pike County Jail on charges of attempted murder and shooting into an occupied vehicle.

Police received a call at 1:48 p.m. Sunday from three women saying they car was being chased by Barr, who was shooting at their vehicle.

“The victims and offender drove by the Troy Police Department and a responding officer observed the offender chasing the victims,” Police Chief Randall Barr said in a statement. “Neither vehicle would stop as officers followed behind them as they drove around the police department.”

When the vehicles came back around, both pulled in to the police department parking lot, where the suspect got out with a handgun and shot the back-seat passenger of the other vehicle, the statement said.

When approached by an officer, the suspect “threw his gun down and was taken into custody without incident,” Barr said.

“The investigation revealed that the suspect and the back-seat passenger were in a dating relationship,” the statement said. The 44-year-old woman was treated and released at Troy Regional Medical Center. The other two women in the vehicle were unharmed.

The case remains under investigation by the Troy Police Department and the Pike County District Attorney’s Office. Additional charges may be filed, the police said.

A Troy city council candidate says challenges to her record of abstaining on votes are misleading. Stephanie Baker, incumbent for... read more