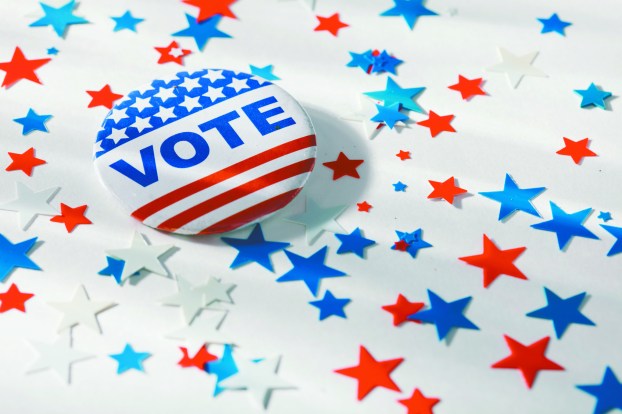 The Brundidge Municipal Election on Tuesday closed with only two of the six races set in stone.

The resolution of two provisional ballots on Monday will dictate the outcome of the mayor’s race and the District 3 council race.

Baxter is seeking a third-term as the council member from District 1.

“Serving the people of District 1 for eight years has been a great privilege,” Baxter said. “I have done my best to represent the people of District 1 by attending to their concerns and needs. When I’ve seen something that needed to be brought to the council table that would benefit my district and our community, I would do it. Any time there was anything on the table that was best for all Brundidge, it would get my vote.”

Baxter said what she has learned over the past eight years in office has equipped her for more informed continued service.

“A lot of positive things have been accomplished in the past eight years,” she said. “The city has benefitted greatly from industrial growth. Several stores have opened recently downtown and the city’s business incubator will soon be open. The City of Brundidge is moving forward.”

Baxter said she loves Brundidge and wants to see it grow and prosper.

“The city has several projects underway that I have been a part of,” she said.  “I want to continue to see them through and also be a part of getting several other projects up and going.”

Gerald Holland is challenging Baxter for the District 1 council seat.

Holland is a newcomer to city politics and said he got a late start in the primary but plans to make up for lost time in the run-off.

“The field has been narrowed down and I’m still around and that is very humbling for me,” Holland said. “Running for the city council gave me the opportunity to get out and talk with people and to meet people that I didn’t even know live in Brundidge and or in my district.”

Holland said he plans to put his best foot forward as he goes back out on the campaign trail.

“I want those in my district to know that serving them will be a privilege,” Holland said. “I want to be the voice of the people in District 1 on the city council. I want to hear their concerns and their ideas so I can take them to the council.”

Holland said it is important to have transparency in city government.

“It will be a goal of mine to let the people of District 1 know what is going on in city government,” he said. “I will keep them informed and involved.”

In November 2019, Griffin was appointed to serve on the council to fill the unexpired term of her dad, the late Arthur Lee Griffin.

While awaiting the results of Tuesday’s election, Griffin was mistakenly told that she had lost the election. She does not want to experience that feeling again so that is added incentive for her to get out and work even harder to retain the District 2 seat on the council.

“I’ve learned a lot during the time I’ve served on the council and I’m still learning,” Griffin said. “To be in the runoff has shown me that people believe in me and that motivates me even more.”

Griffin said she looks forward to another opportunity to get out and talk with the people in District 2.

“I want to know more about their ideas and their concerns,” she said. “I’m encouraged by the large number of people that ran for mayor and council. It shows that Brundidge residents are concerned about our town and they want to be a part of helping it grow and prosper.”

Latisher Hall ventured into politics because she wants to be more involved in her community and have an opportunity to make a greater contribution to the town she loves.

Hall said she is excited to have the opportunity to stay in the race and hopes to represent District 2 as its council member.

“I’m going to get back out there and hear more of what people have to say about our town,” Hall said. “I want to give them a chance for their voices to be heard. I can’t move mountains but, as a member of the Brundidge City Council, I can be the voice for the people of District 2.”

Hall said she was both surprised and disappointed at the number of votes cast in Tuesday’s election.

“With 22 candidates running for office, I expected a larger voter response,” she said. “We all need to be more involved in making the changes that will improve our city. We need to work together and pull together. I am a team player and I will work with others to accomplish what needs to be done to grow our city.”

The runoffs for the municipal elections will be on October 6.

Curtis turns a hobby into a thriving business with watermelons

It was a rather hot and humid day in August 2019. Jackson Curtis, a civil engineering student at Auburn, was... read more