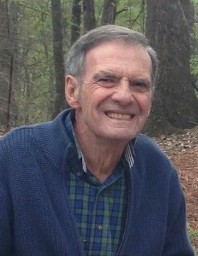 Deep down in the countryside of the Chestnut Grove Community, picking his way through the abundant cotton crops, Randolph Ziglar locked-in on the sights of Georgia Johnson, and like the bountiful collection of his family’s crops, their love flourished, strong foundations were laid, and their family was born.

To hear Doc, as affectionately dubbed by his comrades, tell his tales, you might think he didn’t know the beginnings of a strong foundation. He quit school early with the intention of tending the family pulp wood business with his father, but quickly realized after his first and last day, which incidentally were the same, the pulp wood business was not for him. So, he sought the fast track to complete school, ordering in his home-study GED.

He found his niche as a visionary and brought to life an array of beautiful projects. Professionally, he prospered as an engineer with the Alabama Highway Department for more than 30 years, and personally, he was an exceptional builder and fixer. He constructed cabins and sheds, repaired countless cars and gadgets, and passed on important wisdom on how to get the job done. Even though he grumbled when the proposition of projects came, Doc was proud, proud to have been asked and proud of his final production.

He found great delight on the farm, carrying on his own family’s farming tradition, riding his girls on the tractor, and teaching his grandchildren the ways of the outdoors. Some of the most treasured Ziglar family memories were made on the banks of the White Water Creek, setting hooks, brewing coffee with creek water, and enjoying the feast prepared by Mrs. Georgia. One more trip to the creek is what his family hoped for, but rest assured, on this clear, starry August night, Doc and Mrs. Georgia have again reunited, on the banks of the creek, setting hooks, and checking lines.

Mr. Ziglar is survived by his daughters, Sherry Helms (David) and Shyron Ziglar; grandchildren, Adam Helms (Lacey) and Clay Helms (Bonnie); great-grandchildren, Axel and Gracie Helms; brother, Johnny Ziglar; and several nieces and nephews. He was preceded in death by his wife of 64 years, Georgia Johnson Ziglar; parents, Grady and Janie Ziglar; and sister, Ann Ziglar Warren. The family wishes to extend many thanks to the staff of Encompass Hospice for their care and support, and to his loyal caregivers, Judy Lowery and Exie Gregory for their continued attentiveness.

In lieu of flowers, contributions can be made in his honor to Bush Memorial Baptist Church (605 South George Wallace Drive Troy, Alabama 36081). Friends and family can sign the guestbook online at www.greenhillsfuneralhome.net. The staff of Green Hills Funeral Home is honored to serve the Ziglar family.