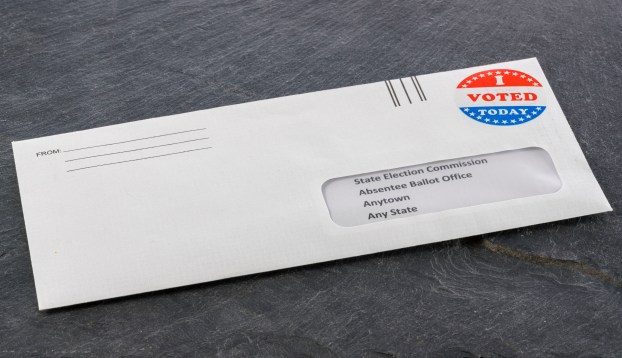 Secretary of State John H. Merrill has extended the opportunity for any qualified voter who is concerned about contracting or spreading the coronavirus to cast an absentee ballot rather than go to the polls during the municipal elections on August 25.

With the election less than two weeks away, voters are taking advantage of that opportunity.

With 22 candidates vying for the six seats on the Brundidge City Council, voter participation was expected to be high. The opportunity to vote absentee is already proving that to be true, said Linda Faust, Brundidge city clerk.

“The number of absentee ballots already cast has nearly tripled the number from the municipal election four years ago,” Faust said. “The main increase has been through the postal service rather than walk-ins.”

Faust said applications for absentee ballots are available at Brundidge City Hall. The ballots are mailed to the voters who mark their ballots and mail them back to city hall.

“Voters are continuing to take advantage of the opportunity to vote absentee,” she said. “We could expect to see additional absentee voting between now and August 24.”

Shannon Bryan, Troy city clerk, said requests for absentee ballots have been steady but not in the number that she had expected.

“We have gotten some requests every day but, with COVID-19, I was prepared for a lot more,” Bryan said. “As the deadline approaches for absentee voting, the number could increase. I don’t have any idea what to expect.”

With the opportunity to vote absentee also comes the possibility of illegal absentee voting.

Nothing in the Code is to be construed to impede or inhibit organized legal efforts to encourage voter participation or to discourage a candidate from encouraging electors to lawfully vote by absentee ballot.

August 20 is the last day to apply for an absentee ballot for the municipal election.

The last day to vote absentee is August 24.  Mail-in votes must be postmarked August 24 and received by noon on August 25.

On municipal election day, masks will be encouraged and available for those who don’t have them. Hand sanitizer will also be available at all county voting sites.