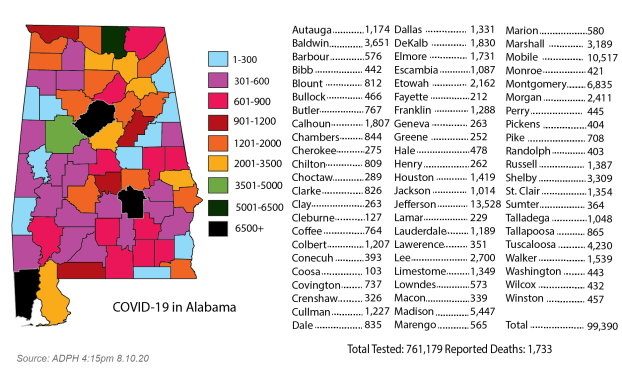 According to the university’s self-reported COVID-19 tracking page, 10 cases have been reported by students; two among employees at the Dothan campus; and one from a TROY online employee since last Tuesday.

The university’s testing site, located at the Elm Street Gym, is one of 14 testing sites across the state for college students offered as part of the Stay Safe Together effort to test all students prior to returning to campus.

While Troy is not requiring a test for students to return, officials have urged students to be tested. Classes begin Wednesday at the Troy campus, with move-in weekend and sorority bid day taking place this past weekend.

As of Monday’s 10 a.m. update from the Alabama Department of Public Health, Pike County has reported 708 confirmed cases of COVID-19 since tracking began in March, with seven confirmed deaths. The 14 day positive rate dropped to 8.45 percent.