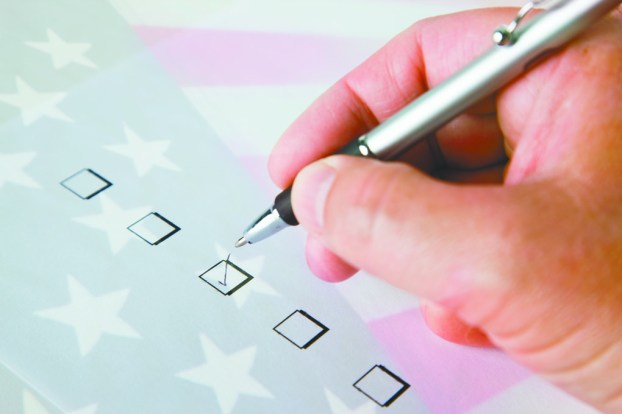 Secretary of State John Merrill has extended the opportunity for any qualified voter who is concerned about contracting or spreading the coronavirus to cast an absentee ballot rather than go to the polls on Election Day, August 25.

Those who choose to take advantage of this extended opportunity to vote an absentee ballot may do so by checking the option on the ballot that reads: I have a physical or infirmity which prevents my attendance at the polls (Option 2). An ID is required.

Pike County Circuit Clerk Jamie Scarbrough said with that extended opportunity to vote absentee in the August 25 municipal election also comes the possibility of an increase in voter fraud.

“It is the responsibility of each of us to report allegations of voter fraud,” Scarbrough said.  “That is the only way that voter fraud can be stopped.”

Scarbrough said those who need assistance with voting an absentee ballot should enlist someone they trust.

“Every voter should have the opportunity to vote his or her convictions without being influenced otherwise,” Scarbrough said. “That is why it is most important that the one who is assisting with absentee voting is someone who is doing so only in the best interest of the voter.”

Scarbrough said voting is a right and a privilege and anyone who has knowledge of any fraudulent activity has an obligation to report it to the municipal election officials.

If necessary, runoff elections will be held on Tuesday, October 6

The Sun Belt Conference announced the upcoming football season will start over Labor Day weekend. In a statement released on... read more