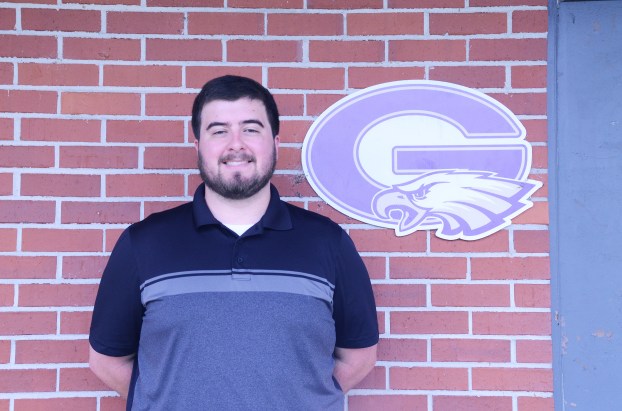 Submitted photo | The Messenger Goshen High School has a new band director in Wesley Faulk. Faulk comes to Goshen. Faulk is a graduate of Huntingdon College. Faulk played French horn at huntingdon after starting with the trumpet.

Goshen High School recently hired a new band director, Wesley Faulk, who is a graduate from Huntingdon College and has a degree in music education. He is looking forward to being Goshen’s band director as well as getting to know the community better.

Faulk found his passion for music around the 6th grade when he started playing trumpet in the school band at Union High School located in Tulsa, Oklahoma. The next year, he moved to Montgomery, Alabama, where he continued to play in the band at Alabama Christian Academy until he graduated.

Eventually, Faulk switched to French horn as his primary instrument, and in 2015 he enrolled at Huntingdon College where he played in the band for four years.

“I participated in anything band related that I could. I was in the marching band, concert band, jazz band, and pep band,” Faulk explained.

Throughout Faulk’s band career, he has enjoyed playing at football games, performing in competitions, and learning new things. “It’s fun to get together and be apart of a group and something bigger than yourself. I think that’s really important, especially for high school students,” Faulk said.

Faulk is looking forward to sharing his passion and knowledge with his students and watching them grow. “One part I really like from a teaching standpoint is seeing growth in people and watching students get better with their instrument,” he said.

Faulk completed a student teaching internship at Montgomery Catholic Preparatory School under Alex Johnson and Kristine Johnson. There he learned a lot and had fun helping students progress in their music skills.

“During that internship, I did a bit of everything, which has helped me prepare for this new position,” Faulk said. “Other than that, this is my first job as a band director, but I’m definitely excited and feel that I have been taught well by my teachers.”

Part of Faulk’s teaching philosophy is growth. He wants his students to not only grow as musicians, but also to grow as people. Faulk also plans to grow Goshen’s band program in size and in skill.

Faulk is looking forward to the upcoming school year and interested to find out how everything will work out during this pandemic.

Lewis remembered as a ‘Do right’ young man

Claudia Butler was a classmate of Civil Rights Leader and Georgia Congressman John Lewis. Butler and Lewis were members of... read more