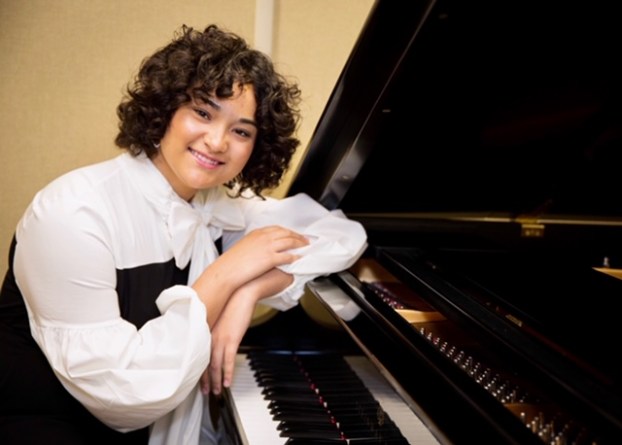 The Troy Music Study Club has announced Isabel Robledo as the recipient of the 2020 Mary Murphree Selman Scholarship.

Isabel is a 2020 graduate of Pike Liberal Arts School.

“Isabell  has studied piano for 12 years with teacher Gwen Threadgill and tenor saxophone for seven years in the PLAS band under the direction of Amanda Ford and a private teacher, Katie Manker.

“Isabel has been active on both the piano and tenor sax and has earned many awards and distinctions through her school years,” Amanda Ford said.

“In addition to her musical talents, Isabel served as Pike County’s Distinguished Young Woman in 2019 and was valedictorian of the Pike Liberal Arts Class of 2020.”

At PLAS, Isabel was an honor student and band captain. She was a member of the Excel Club

Isabell participated with the Troy Music Study Club for several years both on the piano and the saxophone.

The Troy Music Study Club began awarding scholarships to deserving students in 1949.  However, due to this spring’s COVID-19 crisis, Isabel is the first winner to audition by video.

Isabell expressed appreciation to the Troy Music Study Club for the confidence shown in her abilities through the awarding of the scholarship. It is her desire to be deserving of the honor.

Isabel will attend Troy University and will pursue a double major in Spanish and tourism management.

Isabel is the daughter of Adolfo and Nelly Robledo of Troy.

Online or in-person? Virtual or traditional? That’s the choice parents of public school students have to make as they register... read more