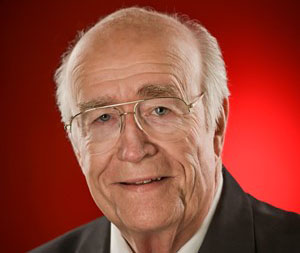 The community of Troy and Pike County lost a legendary figure Friday, when radio personality Ralph Black passed away after an extended illness at the age of 79.

Black was on the airwaves of WTBF for a span of over 50 years, beginning in the 1970s.

“I listened to him every morning on the way to school on The Morning Show,” said Troy Mayor Jason Reeves. “My thoughts and prayers go out to his wife and family. It is just a devastating loss for the community. I am very proud Ralph is a member of the Troy University Hall of Fame, and what a deserving member he is. There will never be another. Four years ago we lost Jim Roling, and now Ralph. I am 48 years old and the people I have listened to my entire life are gone. No one whoever heard Ralph and his incredible voice will ever forget it. Ralph’s voice is the soundtrack of my life.”

Serving 26 years as the voice of the Troy State Trojans, Black delivered historic play-by-play for a number of national championships, including two for baseball and two for football in the 1980s.

“I’ll always remember the national championship game in 1984, and Ted Clem’s field goal,” said Tom Ensey, long-time friend of Black’s and Sports Information Director for Troy State during the 1980s. “He kept it so professional and so good. He kept it so calm in describing what happened. When Ted made the field goal he went crazy, which was great. To me that was a gem. Of the hundreds if not thousands of broadcasts Ralph did, that was the Hope Diamond. That was his Citizen Cane.”

“When you are the voice of a school, you endear yourself to so many,” said Smartt. “Ralph was in the living rooms of everybody. He was Troy sports. That’s what I knew, and when I came back 18 years ago, he was the voice of all sports – Pike County, Troy, everyone. The lives he has touched has been incredible. We lost a special person that loved Troy, loved Pike County, loved this region, loved the Wiregrass. I think Hall of Fame is the best description I can put in front of the man. He was an absolute Hall of Fame type of person.”

Mayor Reeves remembers listening to Black as a young man in Troy, and what a presence Black served in the lives of so many.

“For as long as I can remember, we did not get to travel a lot,” said Mayor Reeves. “I grew up in the First Presbyterian Church, and I always looked up to Ed Black (Ralph’s son) and Jim Williford. They were a lot older than me, and I would listen to Ralph call those Charles Henderson games, and listen to him call the Troy State games, and the Dixie games.

“I shared this on the radio not long ago. We talked about how much we missed him. When I was little, I named a couple of my puppies Rick and Ralph for Ralph Black and Rick Stetson who hosted The Morning Show.”

A native of Montgomery, Black began his career at WTBF in 1971, and his voice of play-by-play and hosting of local radio was stellar.

“He was an outstanding broadcaster,” said Ensey. “Once you put him on the air he was as good as anybody, and he was a consummate professional. Ralph and I logged a lot of miles together. Pretty much back then the SID would travel (by car) with the radio guy. We didn’t know what an airplane was.

“Ralph was a character. His nickname was Big Time. No nickname ever fit a man better than Big Time fit Ralph. He had a huge personality and he filled up a room, just by being there. One time someone sent Ralph a letter, addressed ‘Big Time, Troy,’ and he got it. Everyone knew who he was in town. He was always a big figure in the community.”