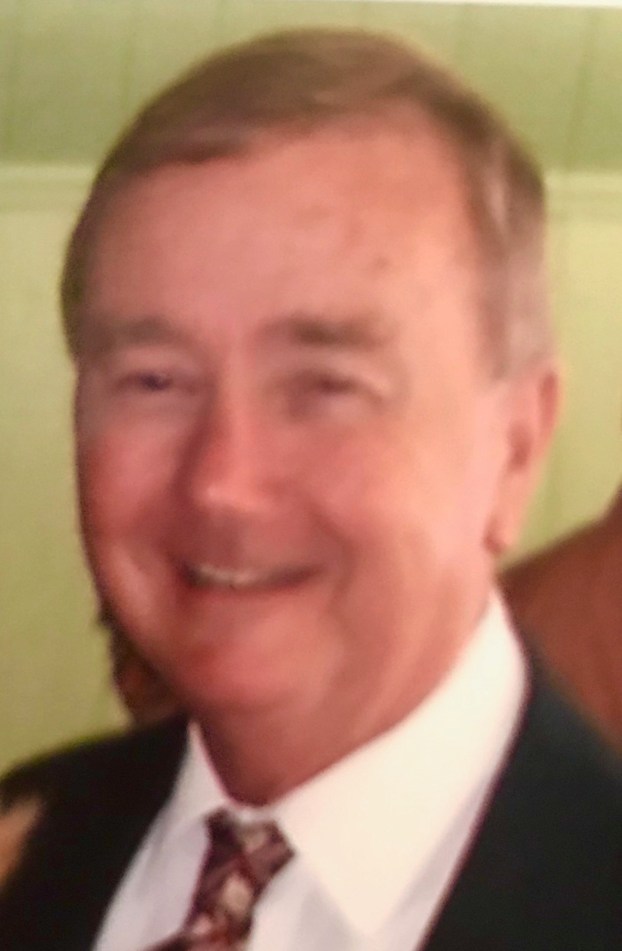 John Charles Crow of Shelby, AL went to be with the Lord on June 13, 2020, exactly 76 years from the day of his birth. He is survived by his wife of 39 years, Charlotte Brown Crow, son and daughter-in-law John and Jamie Crow, daughter and son-in-law Celia  and Chris Pieper, grandchildren, John Roy Crow II, Ella Marie Crow, Silas Avery Pieper and Paul James Pieper. Other survivors include brother and sister-in-law Roy and Margaret Crow, sister and brother-in-law Carol and Michael Amos as well as many nieces and nephews.

John was born and raised in Troy, AL by his parents John Roy and Beulah Crow. After graduating from Charles Henderson High School he attended Auburn University where he became a brother of the Sigma Nu fraternity and completed a Bachelors Degree in Business Administration. After college he spent his career working for Gulf Power and Southern Services along with other branches of The Southern Company. He retired from Southern Nuclear. He also was a land developer in Troy, AL for over 50 years.

John spent his retirement between his homes at Lay Lake in Shelby, AL, as well as his beach homes in Orange Beach, AL and Panama City Beach, FL. John loved all water activities including boating, swimming and water skiing. He enjoyed traveling, music, Auburn Football and reading. He was a well accomplished man who lived his life with dignity and respect for everyone. He was a smart, kind and caring southern gentleman who loved his wife, children and grandchildren deeply.

He was an active member of the First Baptist Church of Columbiana where he participated in the senior choir, Men’s Mission/Construction Team and volunteered for Meals on Wheels of Alabama.

On June 19, 2020, immediate family held a service in front of his childhood beach house. Some of his ashes were scattered into the calm, green and blue waves where he grew up. Due to the current Covid-19 restrictions, the family is planning a memorial to be held at a future date at the First Baptist Church of Columbiana, AL. Interment will be at Green Hills Memorial Cemetery in Troy, AL at a later date. Memorials in his honor can be made to the United Way Meals on Wheels of Central, AL: P.O. Box 320189, Birmingham, AL 35232

Charter Funeral Home of Calera is in charge of arrangements.