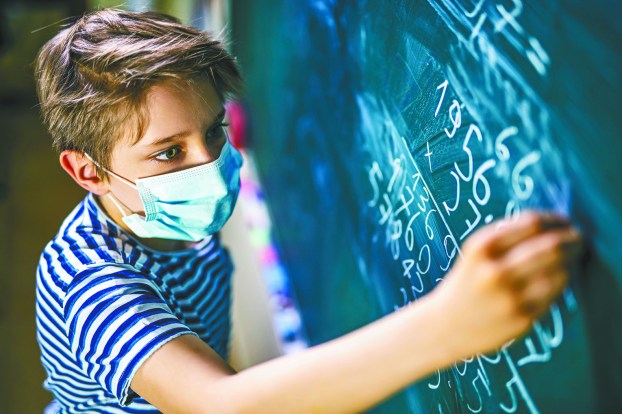 Alabama faces ‘the toughest school year’ ahead with COVID-19 challenges

Local school leaders have a roadmap for opening in the fall, but much of the details are still undetermined.

All Alabama schools will reopen for traditional classes this fall, but they’ll also offer options for virtual learning for children whose parents aren’t comfortable sending them back, the state school superintendent said Friday.

And even as Superintendent Eric Mackey announced plans for restarting the educational system, he warned at a news conference that the road map is subject to change “based on the spread of the virus.”

“This is going to be the most difficult school year we have ever faced,” he said.

Parents and children won’t see the exact same thing at any two schools, he said, but things like cleaning procedures and lunchtime will change everywhere.

“Every school is going to look different,” Mackey said.

Cynthia Thomas, interim superintendent for Troy City Schools, said the state’s roadmap gives district leaders the guidance they wanted – with non-negotiable essentials, guidance based on local rules, and other considerations for operating as smoothly as possible.

But, she warned, the roadmap doesn’t provide all the answers.

“We’re still trying to devise the plan to make sure our kids are safe,” she said. “We want to make sure we’re putting out the most effective and clear guidelines possible.”

Thomas said while Troy City Schools will be following CDC guidelines for much of the plan, trying to keep more than 1,790 students safe during a fluid health crisis is a challenge.

Guarding against the virus could be particularly challenging in classes for the youngest students, where Mackey said current “best practices” call for children to sit close together, often at small tables. While old-fashioned rows of individual desks might enable more social distancing, some schools don’t even have them anymore.

Thomas said options such as turning all students forward-facing are being explored, including more advanced measures such as adding plexiglass shields to desks – “if we could even get them,” she said. Lunches may be shifted to “grab and go,” with children eating in their classrooms. Pickup and drop-off procedures are going to change. “But those are some of the things we’re still working on,” Thomas said, adding that TCS hopes to have guidance for parents within a couple of weeks. Classes are set to resume Aug. 20.

Districts shut down traditional schooling in March on order of the state and many switched to online or virtual learning. A survey showed about 15% of parents still are not comfortable sending their children back to school,  Mackey said.

Because of that virtual lessons will be still used, with changes to increase access in places where broadband internet connections are scarce.

Dr. Mark Bazzell, superintendent of Pike County Schools, announced last week the district would offer a three-prong approach for students: traditional in-class learning; a blended combination of virtual learning and in-class learning; and a complete virtual learning model, for students or parents who do not want to return to classrooms. “If we cannot be in a traditional school situation, our goal and pledge … is to find the best way to safely and efficiently provide instruction to our students.”

The Pike County Schools resume classes Aug. 24 and Bazzell said the district expects to finalize and share plans no later than July 17.

He also said the challenges of trying to develop learning models that address unknown health challenges while serving student needs may lead to difficult decisions. “Everyone must understand there is no way for us to please everyone as these decisions are made,” he said. “However, our priority is to keep everyone safe while not making life more difficult for our parents.”

Extracurricular activities including football will resume, Mackey said, even though Dr. Scott Harris, the state health officer, said some areas will likely see flare-ups of the virus as people attend activities like sporting events.

The state has the power to close all schools again if the virus outbreak gets too bad, and a parent guide published by the state said local officials could shut down individual systems or campuses as needed in consultation with health officials.

Alabama is already seeing many more infections. The state has reported more than 33,000 confirmed cases of COVID-19, the disease caused by the new coronavirus, and more than 880 people have died. More than a quarter of the cases have been reported in the last two weeks, and health officials are worried by increasing hospital caseloads and a rise in the rate of positive test results.

A team from the Centers for Disease Control and Prevention is headed to Alabama to assist in the state’s response to the pandemic, health officials said. Among other things, the group could help plan public education efforts aimed a specific groups.

Health officials have said increasing virus problems in the state may be linked to more people traveling and simply getting tired of social distancing rules.

Jefferson County, where Birmingham is located, announced a new rule requiring anyone older than 8 to wear a face mask in most public places starting Monday, but the requirement doesn’t include churches or schools.

Infection rates are highest in some rural counties where students travel long distances to reach school and internet service is spotty at best. Mackey said everyone from coaches to choir teachers are still figuring out how to make it all work. Everything, he said, “will look different.”