‘I want to represent something bigger than myself’ 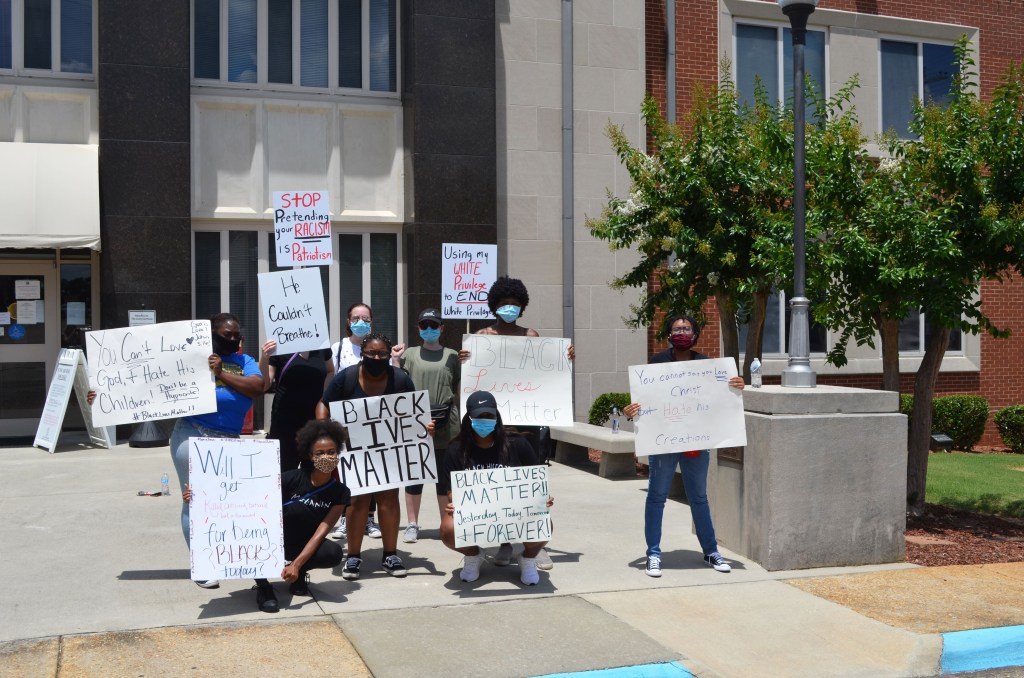 By Lauren Johnson | The Messenger A group of Troy University students marched some two miles on Friday to raise awareness for the Black Lives Matter movement.

A group of college students marched about two miles from Dollar Tree on Brundidge Street to the Pike County Court House on Friday in support of the Black Lives Matter movement.

Lakyra Garner, a senior marketing major at Troy University, organized the march and protest to shed a light on the injustice going on around the country.

“This march and this protest are meant to bring everyone together to stand up and voice their opinions. We want to voice what’s right and what’s wrong and hold people accountable for their actions,” Garner said.

Others who joined in the march and protest also felt the need be heard and seen giving a voice to injustice and educating people in the community.

“I think the march is needed to remind people that what’s going on in our country affects everybody,” Johnetta Rabb said.

Adia Polk, who is originally from Atlanta, Georgia, is another Troy University student who felt it was important to participate.

“I chose to march because I wanted to represent something that’s bigger than myself,” she said.

Leah Welty has memories of ‘home’ and Nick Saban

ADPH encouraging people to get vaccinated against known coronaviruses