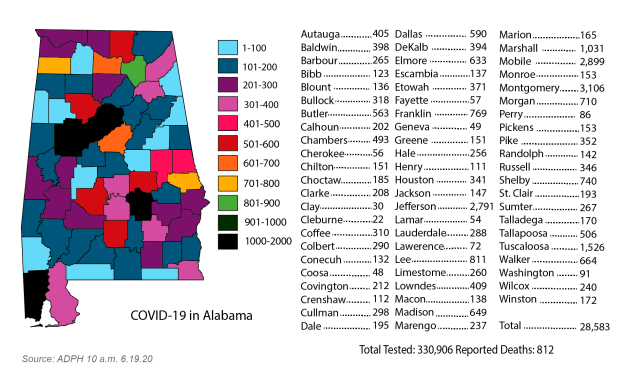 As of 10 a.m. Friday, the Alabama Department of Public Health reported 352 cases in Pike County with 3 confirmed deaths. The county has added 54 new cases in the past week.

Pike is one of 17 counties considered Alabama’s Black Belt, and those counties are seeing a significant in coronavirus cases.

Nationally, more than 2.2 million cases of coronavirus have been reported, with more than 118,990 deaths. According to the New York Times’ analysis of data, Alabama is one of several southern states – including Florida and Texas – identified as a hot spot for new cases.