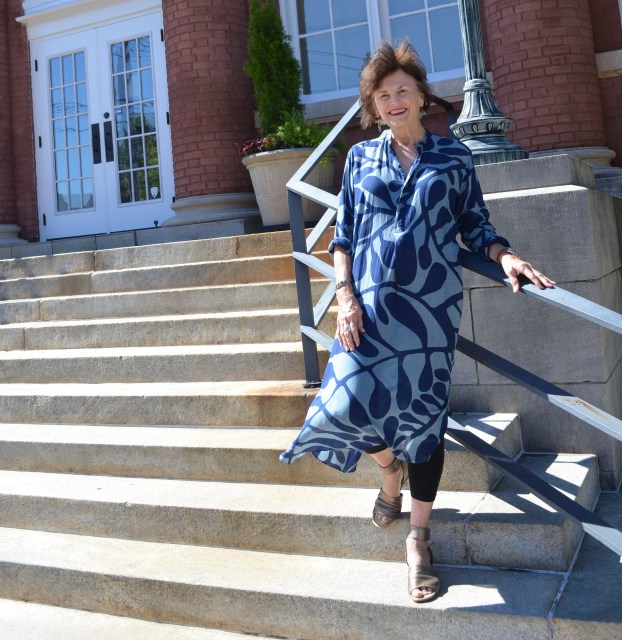 Wiley White retired with little fanfare in May, after playing an integral part in the Johnson Center for the Arts since 2004. Community leaders said ‘saying thank you isn’t enough’ for the lasting legacy she created at the center.

After 16 years of leadership, White stepping back from arts center role

When Wiley Brantley White retired as exhibition coordinator at the Johnson Center for the Arts in May 2020, she did so without fanfare.

But between the years of 2004 and 2020, White was the face of the Johnson Center, said Mack Gibson, a longtime member and president of the Troy-Pike Cultural Arts Foundation.

“When I heard that Wiley was moving back to Troy from Montgomery, I knew immediately that she would be the one we needed to help move the arts forward in Troy and Pike County,” Gibson said. “Not only is Wiley an artist herself, she was very involved in the arts in Montgomery and had so many contacts. She was appointed by Gov. Fob James to serve on the Alabama State Council on the Arts and she did for six years. She was the editor and publisher of the Montgomery Art Guild Newsletter for many years.

“Wiley had a deep appreciation of the contributions made by individual visual artists. She was just who we needed.”

As a native of Troy and the daughter of “Doctor” Jack and Jane Jernigan Brantley, White loved Troy as much as she loved and appreciated the arts, Gibson said.

White immediately became ingrained in the Troy community and in the arts.

“With her contacts within the art world, Wiley added so much to our early success,” Gibson said. “She was dedicated to helping make the JCA what it should be. She understood the mission of the Johnson Center and actually lived the mission of the center.”

Gibson said White has a bubbly personality and a great laugh.

“Her excitement is contagious,” he said. “Her exuberance was all over the place.

“In all of those years, if we were with Wiley at arts events and people came up, they didn’t hug any of us. They went right to Wiley.”

Gibson said White’s knowledge of art and the artists was invaluable in planning the exhibits at the JCA.

Gibson said White’s contributions to the arts center were many, including turning the Christmas at the Center into a wonderful annual event.

“Wiley contributed so much and she will be missed greatly,” he said. “But, she has agreed to serve on a committee or two and work with the exhibitions. We’re not going to let her get away.

“I can’t think of anybody that could have stepped in from day one and become such a part of the growth of the Center, other than Wiley White.”

Retired Troy Mayor Jimmy Lunsford also said White was one of the sustaining forces in getting the Johnson Center off the ground and with bringing high quality exhibits to the JCA, including the Andy Warhol opening exhibit.

“Wiley has been involved with the arts all her life,” Lunsford said. “She and her family have a wonderful and solid reputation in Troy. So, it was a blessing to have Wiley involved in the arts center venture and help us get it up and running.”

Lunsford said, without White’s efforts, it would have been difficult to get the Johnson Center off the ground and to where it is today.

“It would be hard to say what Wiley has meant to the Johnson Center for the Arts” Lunsford said. “There’s no way to put a dollar amount on what she was worth. We were not able to pay her what she was worth but she gave of her time and talent anyway.

“We can never thank Wiley enough for what she has meant to the arts in Troy, Pike County and all Alabama. Saying ‘thank you’ is just not enough.”