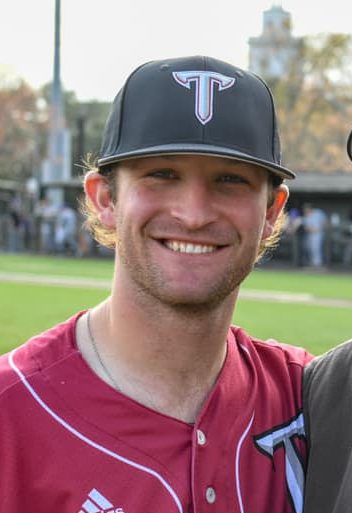 ‘One of the finest men I have ever known’

On the eighth day, God looked down on His planned paradise and said, “I need a caretaker so God made a farmer.”

And there has not been a been a better caretaker of God’s paradise than Bill Hiixon.

His death on May 28, 2020, brought sadness throughout the Pike County area and all across the state.

“Bill Hixon was one of the finest men I have ever known,” said Johnny Garrett, a friend of more than 50 years. Bill was a lifetime director of the Alabama Cattlemen’s Association and people all around the state knew and respected him. His influence was widespread for many years. He will be missed.”

Hixon of the Banks community was a third-generation farmer. His Buckhorn Creek Farm is an Alabama Century Farm.

“Bill was an outstanding cattleman. We were in the Pike County Cattlemen’s Association together almost since it started,” Garrett said. “Bill served as our president and was inducted into the Alabama Cattlemen’s Hall of Fame and that’s a great honor for any cattleman.”

Garrett said Hixon was always standing ready to help anyone and at any time. “Back when we were young, Bill kept me and James O. Johnson headed in the right direction,” Garrett said. “Bill knew all the do’s and don’ts about farming.

“And he would give you his thoughts about things and most of the time, nearly all the time, he was right. He knew all the ropes. Bill was loved and respected and whatever he said to do, we Cattlemen tried to do.”

Troy Mayor Jason Reeves said Hixon’s influence reached throughout the community. “We had the closing of our USDA loan the morning he passed and we all talked about his influence. We would not have been in that building without what he had done as a Cattleman or gotten the loan and grant without his work as a South Alabama Electric Cooperative Board Member,” Reeves said. “ He leaves a tremendous legacy.”

Garrett said Hixon’s leadership was beneficial to the local farmers as well as those statewide. “Bill understood the farmers’ problems and concerns,” Garrett said.  “When Bill spoke at the state level, they listed. He was known and respected all over the state, as was his wife Betty, who was a leader in the Cattlewomen’s organization. He cannot be replaced.”

Don Renfroe is Hixon’s nephew and he said Hixon influenced his life in a way that charted a course that has brought him to where he is today. “Bill was my mother’s brother and he was only 16 years older than me so he was more like a brother than an uncle,” Renfroe said. “Bill led a storied life. He was born during the Great Depression but his mama and daddy had a grocery store so they had better means than most folks.”

Hixon had an older brother who died when he was only seven-years-old so his mother was very protective of him.

“Bill had two older sisters and a mama and an aunt that babied and spoiled him.” Renfroe said. “His mama and aunt were athletic so they taught him to play football, basketball and baseball and to be very competitive.”

Hixon was a star athlete at Pike County High School and was the school’s first football player to sign a scholarship at Troy State College, where he starred on the gridiron until Uncle Sam called him.

“Bill could have got a deferment because his daddy was in bad health but his mama said they could manage the farm and Bill needed to go serve his country,” Renfroe said. “That was tough love but Bill was tough.”

After college, he returned to the farm with the goal of raising the best commercial herd of beef cattle, not only in Pike County but in all Alabama.

“And, he did,” Renfroe said. “Whatever Bill did, he did the best he possibly could and cattlemen all across the state knew his name and looked to him for advice. What better can be said of a man than he had the love of his family and friends and the respect and admiration of all who knew him.”

Law: ‘We’re probably in for a hard time’

“Going in the wrong direction.” That is how Dr. Eric Law described the metrics used to determine the impact of... read more