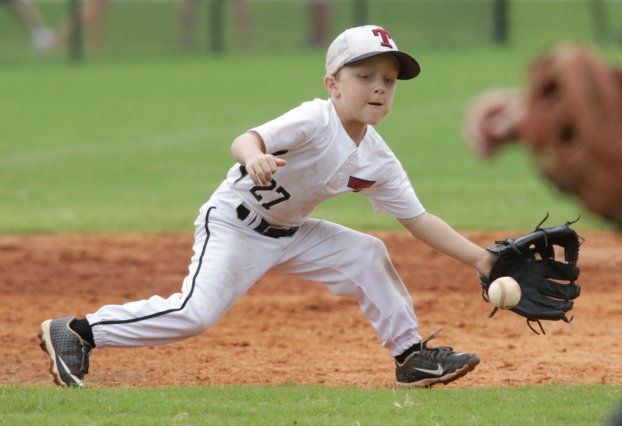 By DAn Smith | submitted The Troy Parks and Recreation Department won’t host a summer baseball or softball season, but could explore a fall season if safety precautions are lifted and play is feasible.

In an effort to protect the health and safety of the community, the Troy Parks and Recreation Department summer baseball and softball seasons have been cancelled.

Smith said that although the most recent health order allowed for recreation sports to begin practice on May 22 and play on June 15, local organizers decided against trying to host a season.

“Most important to all of us was the safety for parents, children, grandparents,” Smith said. “Nothing brings our community together like recreation softball and baseball.”

Darren Jordan, Goshen mayor, said programs in his city also would be cancelled. “After having multiple conversations with members of the rec. league and the town, I’ve asked that the rec league suspend their spring season,” he said. “Due to ongoing regulations put in place by ADPH, we see no way possible to carry out social distancing practices, wearing of masks by players, and the ability to serve food from the concession stands and remain 100 percent  compliant with rules set forth.

“We sincerely apologize to our rec league participants and their parents, but there is no way to insure their safety, and because of that, we can not risk the health of our community. Everyone please stay safe, practice safety guidelines set forth by the state to help protect yourself and our young children. We look forward to recreation baseball next spring.”

The Troy program already had nearly 700 registrants when the season was paused in March due to the COVID-19 health orders.

“Since then, we’ve been having positive discussions about playing the season when the restrictions were lifted,” Smith said.

Those restrictions were lifted in the health order issued May 21 by Gov. Kay Ivey. But that order also required organizers to maintain social distancing guidelines – such as six feet of distance between players and fans – and requirements for players to wear masks. “With 4-, 5- and 6-year-olds, that’s not really possible,” Smith said. “For the older players, the rule was that if you were not an active participant – meaning playing defense, batting or running bases – you had to wear a mask. And with players having to maintain social distance, you’d only be able to have a certain number in the dugout and then you’d have to space the others in the bleachers.”

Both Franklin Field and the Troy Sportsplex would draw crowds of up to 500 people in a night for games, making the social distancing requirements nearly impossible.

Smith said coaches and staff are considering a fall season for 12 and under softball and baseball, if safety requirements are eased by August 1. “There has been some interest in a fall season and we will consider that,” he said. The season would be in addition to the normal fall sports of soccer, flag football, tackle football, cheerleading and volleyball.

Meanwhile, the economic impact of the cancelled season will be significant for the TPRD, its season employees and the community.

The department typically generates about $125,000 each season in registration and concession sales. This year, registration fees are being refunded in full to anyone who requests such.

“And there’s a ripple effect in the economic loss,” Smith said, adding that the cancelled season means lost income for concession stand employees, field workers, stats keepers and TPRD employees. “We also were going to host an 8-under state coach pitch tournament beginning July 10,” he said. “Dixie Baseball cancelled all state tournaments, so that means we’ll lose not just admission fees but hotels, restaurants, grocery stores, gas stations will all feel the loss.”

For youth athletes seeking summer activities, the Tiger Sharks swim team will be offered “as long as we can maintain social distancing and safety guidelines,” Smith said. Because locker rooms and showers are closed at the Rec Center, Smith said swimmers will not be able to use those facilities. Registration is underway for the swim program now.

Anyone wanting more information about registration refunds can email David.dickey@troyalabama.gov or call the rec department at 334-670-6067.

‘The one we can always count on’

The show committee of the Pike County Memorial Day Blowout took time out from the steer and heifer show on... read more