LOOKING BACK: Memories on the hill 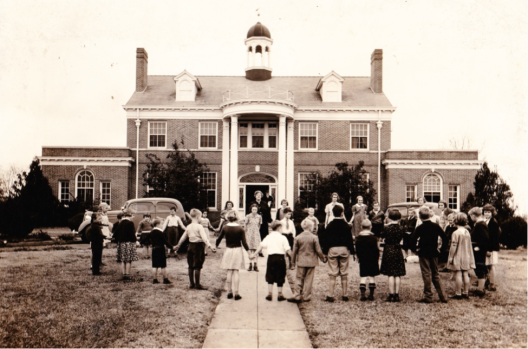 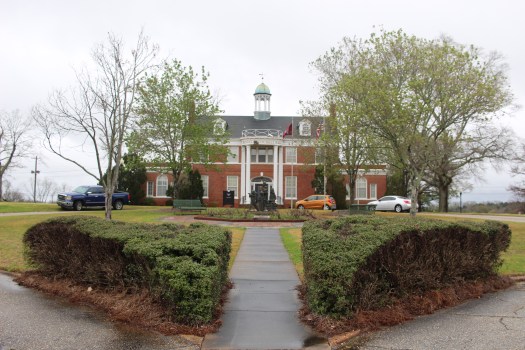 Driving down Elm Street, you may notice large wooden Greek letters that stand in front of five distinct houses. Some of these houses are older than others, and if their walls could talk, you’d have to make a pot of coffee because you’d be up a while. What is now referred to as “Sorority Hill” used to be home to thousands of children over its 73 year tenure.

The story of the Alabama Baptist Children’s Home (ABCH) began with Rev. John W. Stewart’s dream for childcare. This dream became a reality in 1891 when the first home was built in Evergreen. But, the home in Evergreen faced one hardship after another, so in 1920 the institution’s leadership saw a need to relocate for further growth, and the ABCH moved to Troy three years later.

The first of the children began to make the move in February of 1923, and what a night it was when a little more the 60 children ranging in age from five to twelve arrived in Troy by train. When the train stopped, they found cars were waiting to take them to their brand new homes. At that time, only two of the six cottages were completed, which meant the majority of the children were still in Evergreen. But on June 14th, the move was completed, and the children were finally reunited. There were “six ‘modern fire-proof cottages’ housing thirty-five children each, nine more in each cottage than had been intended originally” according to Cynthia Wise’s book The Alabama Baptist Children’s Home The First One Hundred Years.

James O. Colley Sr., then a pastor at First Baptist Church in Enterprise, was hired as the Troy Home’s first superintendent, a position he held for 19 years. Anne Walker noted in her book The Story Of The Alabama Baptist Children’s Home, “The cottages were soon filled to overflowing. And with the operations of the Home giving such promise after a long period of immense adjustment, there was cause for rejoicing…”

Eventually, each of the cottages were given names to recognize individuals who had made especially important contributions to the home. The children were divided among these cottages as follows:

During the early years of the “Orphanage Village,” as it was often referred, was for the most part self-sustaining. One record shows that between May through July of 1926: 5,433 gallons of milk, 595 eggs, 3,537 pounds of cabbage, and 6,870 pounds of beans were produced at the home (and this list was not even a third of what was recorded on the ledger).

The previous Children’s Home cottages can now be identified with present day sororities. The H.B. Oliver Cottage, built in 1948, for high school girls, is now the Chi Omega Sorority House. When the college bought the property it was named after Rachel Hawkins for her contribution to the Chi Omega Fraternity. What is now known as the Phi Mu House (previously named the Colley Cottage after James Oscar Colley) was built in 1949 and housed boys. “The Andrews Cottage (now the Kappa Delta house) was completed in 1956. This new home signaled a coming trend toward fewer children in one building. The cottage was named in memory of the two sisters who had made such an extraordinary contribution to the Children’s Home, Hattie and Rosa Andrews” wrote Walker. In 1962 Mr. and Mrs. J.D Samford donated what was up until then the most the home had ever received, seventy-three thousand dollars. The contribution was used to build a new house named Samford Cottage, in memory of Mr. Samford’s mother, Kate. Samford Cottage is now used as the Alpha Omicron Pi sorority house. A few years later in 1969 Mr. Leo Bashinsky donated $355,000 making his donation the largest. This gift was used to build Bur-Bash cottage directly next door to Samford Cottage, now the Student Counseling Center for the University. The gift was also used to build the Bashinsky Administration building, which is now used as the Colley Senior Complex.

In 1985 a plan was formed for four of the 1923 cottages to be removed and for two new cottages to be built, what are now known as the Alpha Delta Pi (Elrod cottage, 1985) and the Alpha Gamma Delta (Dunbar Cottage, 1988) sorority houses.

For many years the home played a key role in shaping our wonderful city and communities around the country. The children would one day be anything from All-American football players, barbers, farmers, teachers, the list could go on and on. For much of its history, in a given year more than 200 children would live in the Children Home’s cottages and campus buildings. Over its eight decades in Troy, with residents staying until the age of 18, they were taught the values of hard work and practical trades and skills.

Furthermore, being a Baptist organization, “Every evening in their homes, devotionals services were held in some form. These services were conducted partly by and sometimes entirely by the children themselves,” Wise wrote. The Chapel (main building in the middle of the ABCH campus) was completed in 1929. There they had services every Wednesday night. The Chapel Building was later renamed Wendell Mitchell Hall, after the State Senator of District 30. The First Baptist Church was admirably supportive of the home for the home’s entire existence in Troy. Picture over 200 children and their workers walking a mile down Elm Street single filed to Sunday school and worship services every week. The Chapel building now houses the ROTC program at Troy University.

After more than 70 years in Troy, the Alabama Baptist Children’s Home closed its doors in 1997. The ABCH now has multiple locations, serving the needs of thousands of children around the state. Many Troy citizens were saddened to see the move but it was actually the best thing to happen overall.

In an interviewed Paul Miller who used to be the Executive Director of the home. He said the move was a “Win, Win, Win!”. A win for the home which now has grown tremendously. A win for Troy’s aging citizens, as the old administration building is now used as the Colley Senior Complex. And a win for the college, who bought the property giving them the perfect opportunity to move the
campus sororities into their own individual houses.