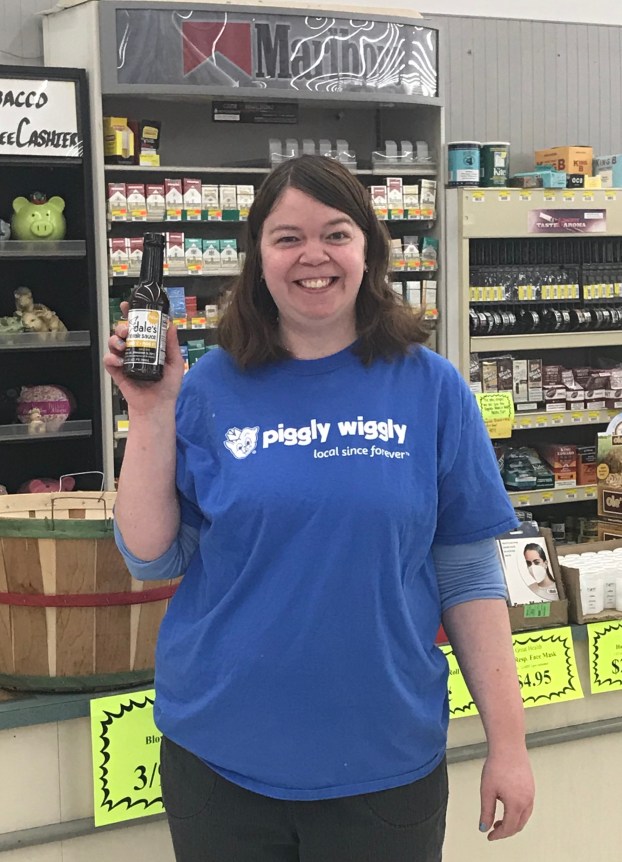 Dale’s Marinade, an Alabama based product line, recently expanded to include a new steak sauce, bottled by the Southern Classic Food Group in Brundidge. The product is now available in PIke County for retail purchase. Sabrina Oliver, an employee at Piggly Wiggly, displays a bottle of the new steak sauce.

Iconic Dale’s expands to include a steak sauce

Steve Garrett, owner of Piggly Wiggly stores 231 and North Three Notch in Troy, has been keeping an eye out for a new product that has the possibility of flying off the shelf.

On Thursday, that product, Dale’s Steak Sauce, was put on the shelves at the Troy Piggly Wiggly stores. Garrett is anxious to see how the public responds but even more anxious to try the sidekick to Dale’s iconic marinade.

“I was anxious to get the Dale’s Steak Sauce in and on the shelves,” Garrett said. “Dale’s marinade has been a big seller for a long time and I believe the steak sauce will be just a popular maybe even more popular because it can be used in so many ways.”

Garrett said he had read about the Dale’s Steak Sauce that is made in Brundidge by the Southern Classic Food Group.

“I read that it can be used on steaks, of course, but also on burgers, hotdogs, pork chops, chicken and anything else that could needs a little Dale’s, even French fries and mashed potatoes.”

Garrett said Piggly Wiggly was one of the chains to introduce Dale’s Steak Sauce perhaps because Piggly Wiggly and Dale’s are neighbors in Birmingham.

Any food product that has been around for more than 70 years and is still jumping off the shelves has got to be good.