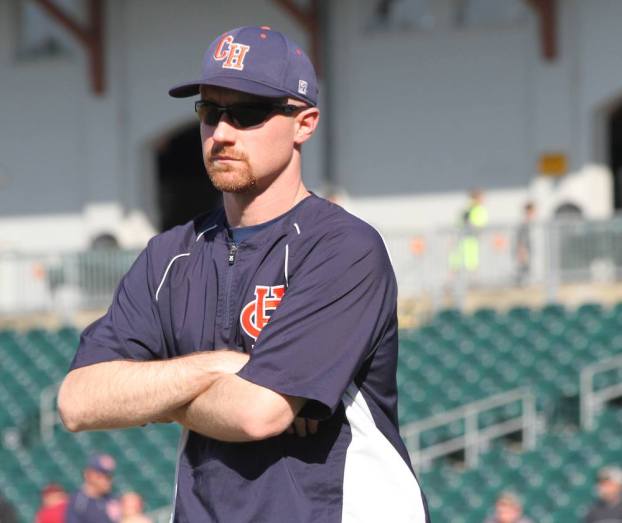 It was the third round of the Class 5A state playoffs in 2009, and Derek Irons, Charles Henderson High School head baseball coach at the time, remembers his surprise when the series was postponed due to the Swine Flu outbreak.

Looking back now, Coach Irons said that was nothing compared to what teams have encountered with the Covid-19 pandemic of 2020.

“The closest thing I ever dealt with to this was in 2009 with the Swine Flu,” said Coach Irons. “We were going to play St. Paul’s in the third round and due to a warning we postponed the quarterfinals to the next week. I remember how unprecedented that was. That being postponed felt like such a big deal, and it was a big deal. But looking back now, that seems like nothing compared to now.”

Coach Irons came to Troy in 2009 and moved to Oak Mountain after the 2015 season, but not before brining two AHSAA baseball state championships to CHHS in 2013 and 2014 and establishing one of the best high school programs in Alabama over those seven years.

This past week Coach Irons and his Oak Mountain team were scheduled to play baseball in Gulf Shores, but like every school in the state at every level, all trips, schedules and dreams have come to an abrupt halt.

“Almost literally every day I think about who we would be playing today, who would we be pitching today,” Coach Irons said. “Obviously, (with the stop of play) safety is the most important thing. When this thing first came around none of use knew exactly what to think of it. As the days have gone along, we begin to understand just how serious it is. We always talk about ‘Play this game like’s it’s your last,’ but this really drives that point home.”

Coach Irons and every coach are heart-broken for the players that will not get a chance to finish their senior season, and those teams that may have had that once-in-a-generation team.

“That’s what is tough about this year,” said Coach Irons. “All around the state there are schools that feel like they have a really special team this year. I was talking to a coach recently that has eight seniors and this was supposed to be their year, and they are just sitting on the sidelines right now.”

What Coach Irons did in Troy during those seven years was historic – especially from 2013-15 – scheduling the biggest schools and programs across the state, and standing toe-to-toe with everyone.

“One of the things, I felt like all seven years there, our kids were so gritty and so mentally tough,” said Coach Irons. “I don’t think there was a game we played in my seven years there that everybody did not think we were going to win. No matter what size the other school was, where their pitcher had committed to go, there was a grittiness and toughness that we felt we were not going to back down from anybody.

“We really loved our time in Troy. I think about how much our family changed. Leslie and I had been married for a year and did not have any kids, but all three of our kids were born in Troy. We had some great seasons in Troy and met friends that we will be friends with forever, and that we spend time with every year. And obviously, the relationships that were made with the players at the time and that bond (was special).”