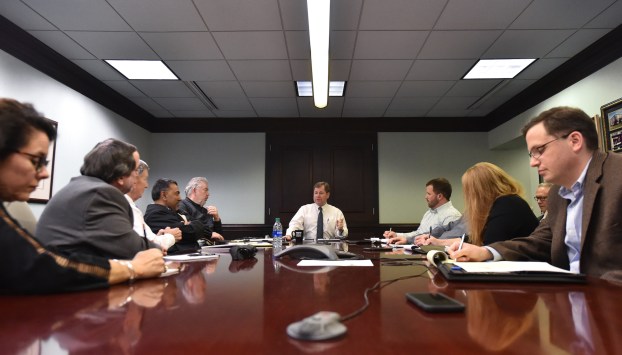 Troy University officials made the decision Monday to cancel all March study abroad trips due to the new coronavirus, and they have called home seven students still abroad on long-term trips.

Dr. Lance Tatum, senior vice chancellor of academic affairs, said a task force has been meeting almost daily for the past three weeks to discuss the virus’ impact on the university and what decisions should be made to protect students.

“We formed this task force back in January as we already had a China trip on the schedule,” Tatum said. “It’s a base of five people and then we expand it and bring it back down as needed.”

“We are looking at what is the current update on coronavirus and what do we need to be discussing in term of impacts,” Tatum said. “The main topic right now is our May trips and what to do about them. Next is what are the steps for Troy and all of our Alabama campuses.”

The task force brought in other parties on Thursday including the directors of information technology, human resources and financial departments to discuss those plans for local response.

“Back in about 2009 when H1N1 was coming at us, each academic college came up with a contingency for shutting down the campus,” Tatum said. “We have brought them all out and are reviewing them. We can confidently say our online delivery platform would have some role in delivering courses if we had to reduce the amount of activity on campus.”

Although the university is already taking the steps to review these contingencies, Tatum said there are no plans yet to shut down on-campus classes or reduce them in any way.

“We’ve just activated our contingencies for what could be ahead in the future,” Tatum said. “We’re working to be out ahead of the issue instead of waiting and reacting.”­

Indictments have been served after a grand jury session in Pike County last week. The list of indictments includes murder... read more