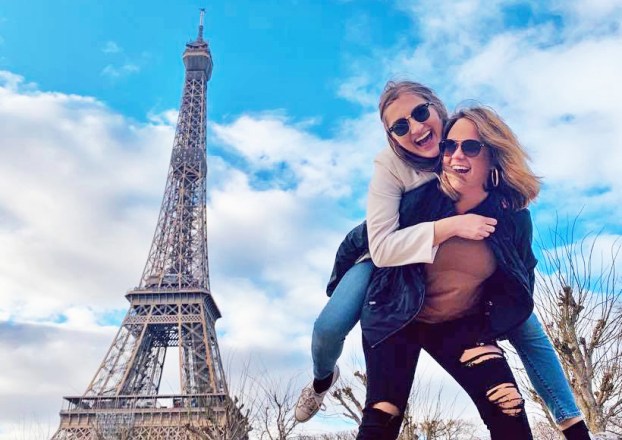 Troy University announced the decision Monday to cancel all study abroad trips planned for March and is now also considering what to do about planned trips in May.

But seven students had already left the country on long-term study abroad trips before the new COVID-19 coronavirus reared its head in Europe and most of them remain overseas.

Annie Towers, a junior biomedical science major, first heard about the coronavirus appearing in China when she was already in Orebro, Sweden.

“I was getting my Swedish residence permit when my friend told me about the first outbreak in China,” Towers said. “This was during the last week in January. Since then, I’ve heard about it spreading to different places around Europe from friends and then we just heard someone from Italy was moving into our dorm recently.”

Due to the concerns of the virus spreading across Europe, Troy University officials have asked students to return to the US.

However, Dr. Lance Tatum, senior vice chancellor, said it is an ever-changing situation.

“It’s a multifaceted approach,” Tatum said. “(Different department heads) are all discussing day by day the best way to assist our students abroad. We’ve called them back as of now. If the CDC or Alabama Department of Public Health tell us it is better to leave them in place, we would take that into consideration. Right now it’s a case by case, country by country decision.”

Towers said she feels safer staying in place in Sweden than making the trip back to the US.

“I feel like Sweden is a safe place to be during this time – safer than getting on a plane and trying to come back to the US,” Towers said. “And also the recovery rate of people who do get it seems to be good. So I spoke with the study abroad coordinator and let her know that I decided to stay and just stay safe and keep my hands washed. But I appreciate the university’s concern and the help they are offering.”

Sarah Gillis arrived in Vichy, France on Feb. 1 and has been monitoring the virus’ spread closely over the past few weeks.

“The university has made their stance very clear: they want me to come home,” Gillis said. “And it is in no way out of defiance that I’m not coming home. I feel like the exposure on the train to Paris, and on a plane is a risk far greater than in my little city. I’ve kept my outings here to the bare minimum, hanging out in my apartment. I had trips planned this month including to Italy, which I canceled.”

The closest metropolitan area to Vichy is Lyon, Gillis said, which is about two and a half hours away. The city has 10 cases of the new coronavirus at last update.

Gillis said the people there are not panicking as some might expect.

“Here in my city, since everybody has been freaking out about it, I’ve seen one person with a mask,” Gillis said. “No schools or stores are closed down. They haven’t really imposed any border control other than with North Italy.”

Although she has chosen not to return to the US at this time, Gilllis said that could change at any time and that she is thankful to Troy for its support.

“Now more than ever, we see how much the university cares for its students,” Gillis said. “They really care about me. Canceling the short-term study abroad trips was an unpopular thing for them to do and I want to reiterate how thankful I am that the University cares about its students. It’s not easy to make calls like that.”

If the students were to return home, they would likely have to undergo a 14-day quarantine being imposed on travelers coming into the state from infected areas.

The university is continuing to monitor the virus’ threat and is planning daily for its next steps as the situation changes.

The results still aren’t official, but there is now clarity about the upcoming runoff races. Many of the races became... read more