Wilkins said she decided as a young girl to start counting her leap year birthdays as her age when she turned 40.

“That was so old to me then,” Wilkins said laughing. “Then once I turned 40 I really did start using my leap year birthdays.”

It takes the Earth just less than 365.25 days to orbit the Sun. For this reason, the full day is only added once every four years. In the Julian calendar, there is still an 11-minute, 14-second discrepancy each year.

Julius Caesar first began the practice of adding an extra day to the calendar every four years in 46 B.C., but did not institute a rule to have leap days only on centuries divisible by 400.

By the year 1586 A.D., this discrepancy led to the shift of an equivalent of 10 days. At this time, Pope Gregory XIII creates the Gregorian calendar and drops 10 days from the month of October. He also establishes February 29 as the official date to add during a leap year, coins the term leap year, and creates the rules for adding the leap year.

This additional day in February only once every four years makes it a specialty to be born on the day. Having a Leap Day birthday is 1 in 1,461.

Richburg and Flowers take that statistical oddity even further in being twins, which only occurs once in every 67 pregnancies. Taken together, the twins are 1 in 97,887.

Having that unique birthday can also cause some issues occasionally, Richburg said.

“When Donna and I turned 16 (on Feb. 28), they asked us to come back after March 1 to make sure it was legal for us to get our license at that time,” Richburg said.

“Some of the forms don’t have an option for February 29 and other times I have typed in the information and it reverts back to Feb. 28, so when I go in to validate my birthday it doesn’t work and I have to go through customer service to explain,” Wilkins said.

Wilkins shared a story of how she was eligible for a radio contest based on her leap year age.

“My daughter called in on a contest for children 10 and under and told them I was 10 and under and I won the prize,” Wilkins said. “I had to call them back and let them know my real age so that they could give the prize to one of the children.”

Richburg recently had the opportunity to put another milestone on a leap day: she got married on Saturday, Feb. 22, just a week ahead of her unusual birthday. Several people asked her why not add that on as a Leap Day celebration?

“I told them I wanted to be able to celebrate each year with an actual day instead of having to wait four years for that too,” Richburg said.

But although their birthdays only come once every four years, Richburg and Wilkins said they wouldn’t have it any other way.

Troy City Council approves the removal of another dilapidated building 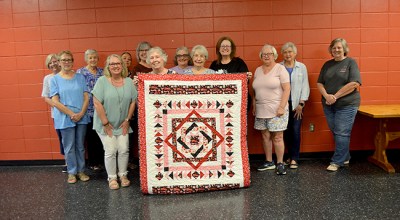 A stitch in time, one stitch at a time 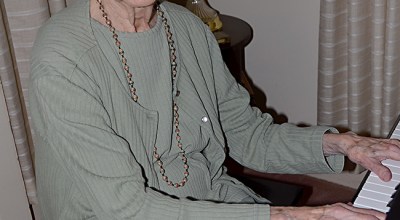 Lyra Crapps blessed to be a blessing