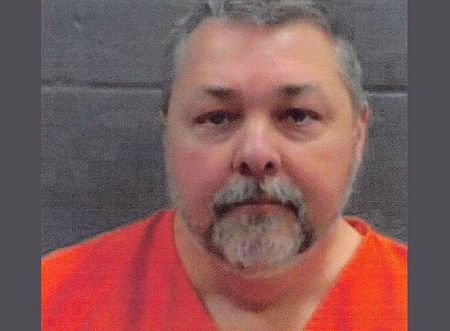 A Troy man was arrested Thursday on charges of multiple sex crimes against two child victims in Crenshaw County more than 20 years ago.

Robby Glenn Morrow, 54, was arrested by special agents of the Attorney General’s Office on Thursday and taken to the Crenshaw County Jail.

Morrow is charged with one count of first-degree rape, two counts of first-degree sexual abuse and three counts of enticing a child for immoral purposes. The alleged crimes were committed against two young girls, then 14 and 15. Morrow was living in Luverne at the time. The matter was reported to the Attorney General’s Office in late 2018.

No further information about the investigation or about Morrow’s alleged crimes other than that stated in the indictment may be released at this time.

If convicted, Morrow faces a maximum penalty of 20 years to life imprisonment for the count of first-degree rape, which is a class A felony. He also faces potential penalties of 1 to 10 years for each of the five additional counts, all of which are class C felonies.