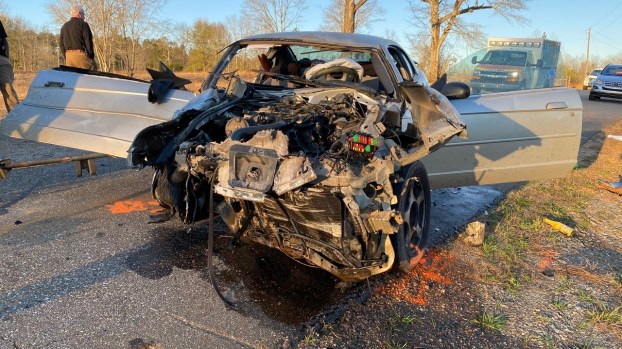 A two-vehicle wreck in Goshen on Friday left a Luverne woman dead and two other people critically injured.

Deborah Pugh, 46, was killed when the 2004 Ford Mustang she was driving struck a 2006 Chrysler mini-van.

The accident occurred on Pike County Road 2238, 2.5 miles east of Goshen, at approximately 2:55 p.m. The road is known locally as Little Oak Road.

“Pugh was not wearing a seatbelt and was ejected from her vehicle, said Trooper Michael Simmons in a statement released Friday night. “She was pronounced dead at the scene.”

The two occupants of the mini-van were both transported from the scene with critical injuries – one by Haynes LifeFlight and the other by ambulance. They have not yet been identified by law enforcement officials.

The cause of the crash is still under investigation by the Alabama Law Enforcement Agency.

During the annual State of the State address on Tuesday night, Gov. Kay Ivey announced a plan to disperse $1... read more