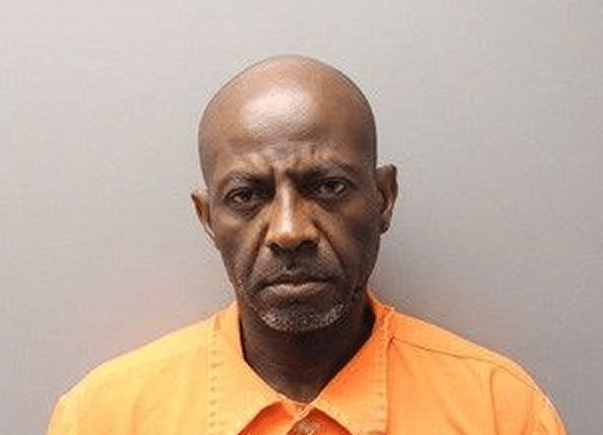 Charles Louis Foster was sentenced on Wednesday to 48 years in prison for the murder of Eddie Blair and attempted murder of four others on Christmas Eve 2017.

Det. Doug Johnson testified to what happened that December morning from his perspective.

“Around 10:30 a.m. we responded to 111 Chapman Street and found four individuals shot inside the house and one victim in the neighbor’s back yard,” Johnson said.

Eddie Blair was the victim found in the yard, and he was pronounced dead on the scene.

“As units arrived on the scene, (Foster) turned himself into the police department and confessed to the crime,” Johnson said.

Blair was shot in the leg in the bedroom, puncturing the femoral artery, Johnson said. He died from the wound after reaching the neighboring residence.

All four other victims required hospitalization, Johnson said.  He described two patients as being in “fairly serious” condition and noted that one almost died.

Russell said he did not witness anything that would provoke Foster to start shooting.

“I knew Eddie most of my life. He was a very good guy,” Russell said. “Anything you asked him to do, he’d do for you. (This incident) has made me not trusting any more. Charles and I were good friends – I thought. It makes me not trust any more. I’ve forgiven him. The only thing I really want to know is why he did it.”

“I want to know why because I know what kind of person (my father) was,” Adam said. “The grandkids ask about him missing. I miss him personally calling and checking on me when I’m driving at night. I miss him every day; it burns real deep. I would just like to know why.”

For most of the sentencing hearing, Foster sat silent with little expression on his face, and the defense offered no questions for witnesses. However, Johnson detailed Foster’s testimony for what caused the shooting when asked by the defense.

Johnson said that Foster claimed he had been dating one of the victims for some time and was engaged to be married to her, but came to believe that she was having an affair. Johnson noted that this was only Foster’s testimony and not corroborated by police.

“He told me that he got some information that morning that they were about to kick him out of the house; that he thought everybody there was against him and covering up this alleged relationship she was having with someone else,” Johnson said. “He said he ‘lost it.’”

When Foster took the stand, he detailed his military history, and his 2007 diagnosis of Bipolar PTSD from the VA.

“I did six months in Iraq,” Foster said. “I received medals for marksmanship and general service certificates. I was diagnosed with a mental illness after leaving the military.”

Foster said he has been going to Tuskegee for psych evaluation once or twice every year since 2007 and is prescribed three anti-psychotic medications. He testified that he had been off the medications for two months at the time of the shooting.

“I just felt threatened and I just snapped,” Foster said. “I wasn’t intending to kill anybody. I wasn’t intending for anybody to die. I feel bad that he died. I feel bad that I shot these people. If I could take it back. I would, but I can’t. All I can do is face the consequences of my actions … I considered Mr. Blair a friend of mine. This situation hasn’t sat well with me. I’d rather for me to be gone instead of him, if it was my choice. I want to apologize for what happened for the results of my actions.”

Chad Blair, the eldest son of Eddie, testified that he had just spoken to his father 10 minutes before his death.

“We were the three amigos with him,” Chad said. “It affects me on the daily; I think about it. He told me on the phone that he would have went to work with me but I was already gone. If I had left another 10 minutes later, he could have left with me. It’s bothered me daily.”

Chad said he wanted to see Foster serve the maximum sentence – life in prison – for his actions.

The prosecution asked Judge Jeff Kelly for two consecutive life sentences; one for the murder and one for the four attempted murders. After considering the sentencing guidelines of the State of Alabama, Kelly ruled that Foster would serve two 48-year sentences to run concurrently.

Foster will serve at least 20 years of his sentence before being eligible for parole.

Although it was not a life sentence, Assistant District Attorney Jon Folmar said the sentencing brings closure and justice to the case.

“The family is satisfied with the sentence,” Folmar said. “That’s what’s important.”

Some people live their lives to the limit. John Dorrill was one of those people Dorrill’s death on Tuesday left... read more