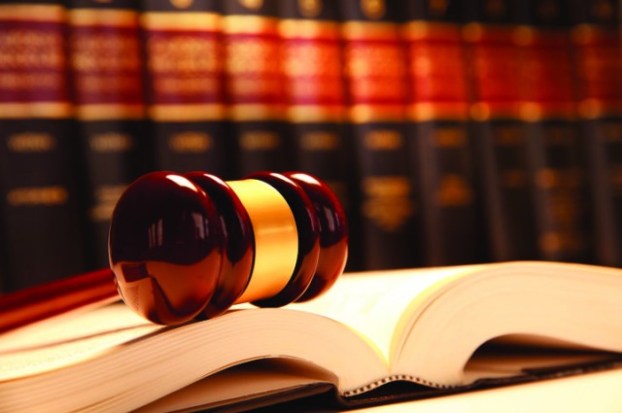 BACK IN SESSION: Legislators prepare to return to Capitol Hill

The break is almost over: Lawmakers return to Montgomery on Feb. 4 to begin the legislative session and tackle the top issues facing the state.

Last year, the Rebuild Alabama Act kicked off the session with a gas tax increase and major plans to rehabilitate Alabama roads. Later in the session, the Legislature passed a contentious bill that would criminalize abortions and challenge the Supreme Court precedent of Roe v. Wade.

With those major bills, and numerous other important changes, being passed last session, what are lawmakers expecting to face this session?

Rep. Wes Allen, R-Pike, said there have not yet been many bills pre-filed for the session, but there are some topics that are sure to loom large once legislators hit the floor.

“The main thing we always have to do is pass the budgets,” Allen said. “I was in Montgomery on Wednesday at budget hearings for large portions of the day. Our economy is doing really well. President Trump has the economy going strong. We just need to maintain our conservative approach while still meeting needs. With a strong budget come a lot of requests.”

Sen. Jimmy Holley, R-Pike, said the general fund still doesn’t have many growth revenues, but the healthy economy should be most felt in the Education Trust Fund.

“There are a lot of new jobs and a low unemployment rate; that indicates a strong opportunity to fund education in the state,” Holley said. “When we have a very robust economy, the end result is more income into the ETF for funding public education. We’re blessed in that regard. We hope to be able to offer a pay raise this year to teachers, although the amount is still to be determined.”

Both Allen and Holley pointed to prisons as the top priority that must be addressed by the legislature outside of its responsibility to balance the budget.

“We expect there to be a proposal to build one or more megaprisons,” Holley said. “That proposal would come from the governor. We will work with her to try to develop a plan that would meet our ability to pay, plus hopefully take care of some of the major issues we’ve got with our present system. It will likely take new resources from the legislature such as a bond issue to pay for a prison system”

The state is currently involved in a lawsuit from the Department of Justice over the conditions of the prison system.

“I was able to tour Kilby Prison in Montgomery County recently,” Allen said. “I wanted to see firsthand an example of one of our prisons. I’m thankful for Commissioner Jeff Dunn and his staff setting up that tour. The problems are overcrowding and understaffing. In the last budget, we increased the funding for the Department of Corrections by $40 million to hire additional corrections officers. That’s going to be a multi-budget-year issue. It will take several years to get to where we need to be on corrections officers that we need in our prisons.”

In addition to improving the prison infrastructure and staffing, Holley said a proposals have also been discussed at possibly changing the mindset of incarceration for nonviolent inmates.

“Those inmates who are a danger to the public, we want to see those individuals incarcerated; others may not necessarily need to be under a prison system, but under some program that would maintain the purpose for which they were placed in the system.”

Part of that reform could include changes to how Alabama treats mental health.

Medicaid is always a top issue on the legislature’s plate, as it is the single largest expense in the state’s more limited general fund.

“It’s always a concern because it is the single largest item we have in the general fund,” Allen said. “Last year it was 32 percent of our expense.”

Holley said he has heard that new federal changes might reduce the amount spent on Medicaid in the state this year, but that it has not been determined yet.

Allen said rural broadband will continue to be a focus as the state seeks to bring high-speed internet to more citizens.

Along those lines, Allen said he expects 5G small cell deployment to be another topic that comes before the legislature, although he said he has not yet had any information on any bills concerning the issue. The City of Troy acted last year to protect landmarks and ensure the city could be involved in the eventual deployment of the cells.

Holley said the lottery can be expected to be brought up again in some form or fashion in the House, but he did not yet have any details.

Allen said workforce development will remain at the forefront of the legislature’s education initiatives as the state seeks to infuse the workforce with fresh employees that have the soft skills and technical skills necessary to get to work.

A medical marijuana bill is also expected to come back before the legislature after failing to pass in the last session.

Allen will also be bringing back his red tape reduction bill in the new session, which he described as a measure to “restrain the bureaucracy” of the state government.

The bill would require agencies to seek approval from the legislature before enacting any rule change with an economic impact of more than $1 million.

Every golfer faces challenges to become the best they can be, and when Griff McCrary signed a scholarship Thursday morning... read more