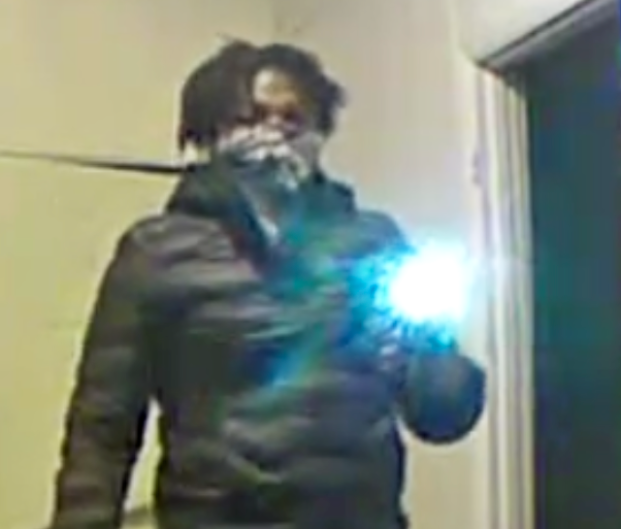 The man can be seen walking through the area with a flashlight, a bandana covering the lower half of his face.

The man ultimately left empty-handed, but he is still being sought by the Pike County Sheriff’s Department for burglarizing the business as he is suspected of breaking into the shop.

This is the third time in three months that the business has been burglarized, with the first two burglaries finding more success, said Lt. Troy Johnson.

“The first burglary was back in July,” Johnson said. “The cameras had been torn down and the burglars broke in and stole a box with the keys to all of the vehicles in it and stole two vehicles from outside the shop.”

Johnson said one vehicle was recovered later that day after a local land owner reported a suspicious vehicle on his property. The other vehicle was found about a month later abandoned on the Shellhorn Road. Johnson said both vehicles were found without damage.

However, the theft of vehicles in the first burglary cements the crime as first-degree theft of property, a Class B Felony punishable by up to 20 years in prison.

The second burglary involved the theft of two TVs form the business.

In the latest burglary, Johnson said the suspect appeared to search the office but was unable to find anything. The suspect then tried to gain access to the shop, but was unsuccessful, Johnson said.

Johnson said deputies cannot say whether the three burglaries are connected at this point, but that deputies are working to identify the suspect.

The owner is offering a cash reward for information leading to the arrest of the suspect.

Anyone with information about this incident can contact the Pike County Sheriff’s Office at 334-566-4347.

If Josh Goforth doesn’t play anything but “Orange Blossom Special” on the fiddle at the Pike Piddlers Storytelling Festival, then... read more