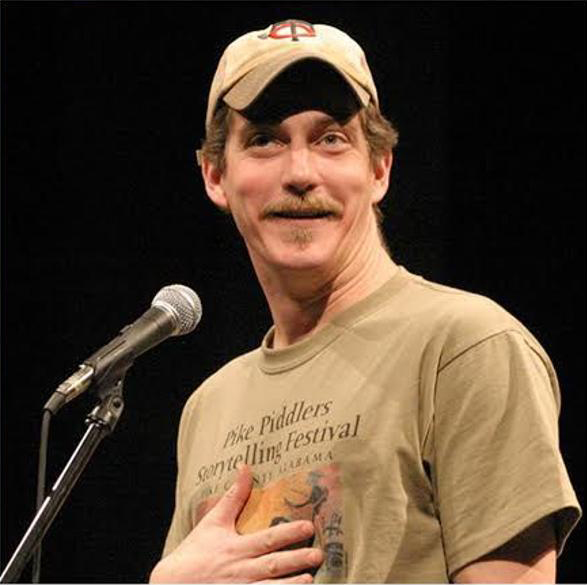 The most that can be said about Bil Lepp is that he is a flat-out liar.

Lepp’s stories often contain bits of truth, but don’t count on it.

And, when he starts telling/lying, fasten your seatbelt for a wild, up and down, side-splitting roller-coaster ride.

Bil Lepp will be a featured teller at the Pike Piddlers Storytelling Festival this weekend at the We Piddle Around Theater in Brundidge and the Trojan Center Theater at Troy University.

Lepp has been called the Jeff Foxworthy of Storytelling. And, the shoe fits … and the jeans, the baseball cap and the blue-collar, good ol’ boy rhetoric.

Lepp is also known as the wonder bra of storytelling but that’s fodder for the festival.

Mernette Bray, a member of the sponsoring Brundidge Historical Society’s storytelling committee, said she first heard Lepp about 14 years ago at the National Storytelling Festival in Jonesborough, Tennessee.

“Each of the circus tents at Jonesborough holds 1,200 or more,” Bray said. “I was in one tent but the laughter in a not-too-distant tent was so loud that it made me wonder, ‘Who’s that storyteller?’ It was Bil Lepp. With all that commotion, I had to see him and I was not disappointed.”

Bray said she has had taken every opportunity to see Lepp in concert.

“He’s always good,” she said. “He keeps you laughing and thinking. You can’t let your mind wander when Bil Lepp is on stage. He keeps you guessing what’s going to happen next.”

Bray said Lepp is a master at twisting tales.

“It’s amazing how he can remember all those wild and funny stories,” she said. “He’s as smart as he is funny. We are excited to have him back at the Pike Piddlers Storytelling Festival.”

Research released this month by the Alabama Counts 2020 Census Committee reveals how likely Pike Countians are to participate in... read more