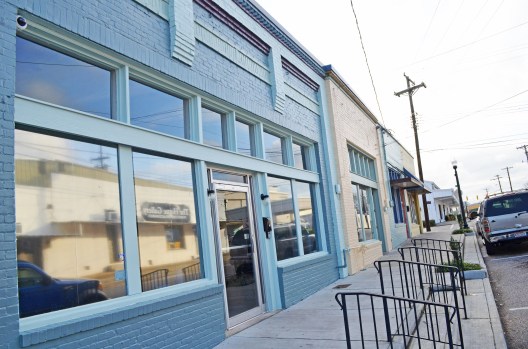 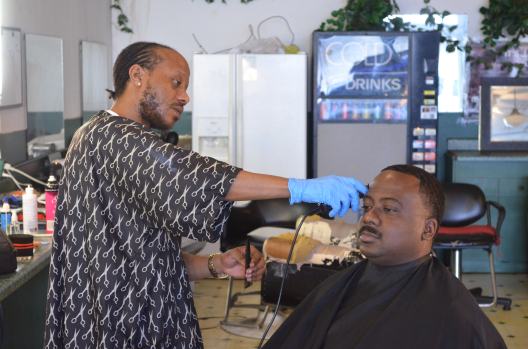 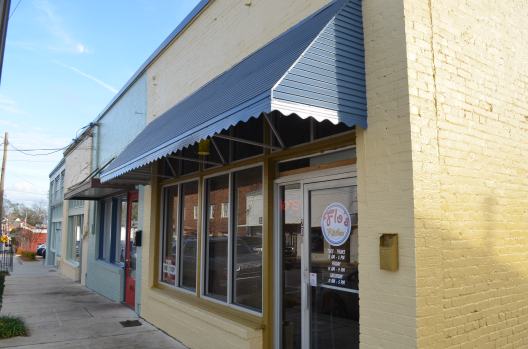 Residents who drive by the 200 Block of Love Street for the first time in a month or two might have to do a double-take and ask themselves “Did I take a wrong turn?”

The block received a fresh coat of paint over the last month that brings the buildings’ facades in line with the look of other downtown areas including the Square.

The improvements to the buildings were spurred by the new sidewalk and streetscaping efforts as part of the City of Troy’s Downtown Plan to revitalize the area by 2026.

“It’s been a work in progress for many years,” said Earl Ellis of Landmark Realty, which owns the buildings. “Everything from new roofs to electrical, heating and cooling have been rehabilitated. Most recently we completed the facelift with the colorful painting. The only thing we lack now are some new awnings. We did some work on the windows as well; but we tried to leave the buildings as much original as possible, which was very important for us. We didn’t want to try to modernize them, we wanted to keep their original architecture. To me, it just makes that street a more viable business area for people to go to.”

The city put in the new sidewalks at the end of 2017 on Love Street, as well as portions of Church and Oak Streets.

Melissa Sanders, planning and zoning administrator, said the hope was always that the new sidewalks and aesthetic improvements would spur private development and revitalization.

“The majority of the downtown plan is just a guide for private development,” Sanders said. “We helped spruce up the public infrastructure so that more pedestrians and people would walk to those areas and visit those stores. Now we see the private development that really made a difference to Love Street and we’re proud to see that; we’re thankful for what they’ve done for those buildings.”

“Those have been the two prime examples,” Sanders said.

The redesign is a big improvement for this particular section of Love Street, Ellis said.

“I grew up in Troy and I remember Love Street as it was many years ago, which was a very run down part of town,” Ellis said. “My very first job at 14 years old was at Charlie Youngblood’s Troy Variety Store on Love Street making 50 cents an hour. Many older people remember Love Street the way it was; it’s not that way any more.”

Cedric Scott was working Wednesday afternoon at Scott’s Barber Shop, one of the four businesses in the revitalized block along with Flo’s, Sherman’s Smoothie Café and Zagster, better known as Spin.

Scott’s father Milton founded the barber shop, which has been in its current Love Street location since 2000.

The revitalization “means everything,” Scott said.

“It changes how you feel about your business,” Scott said. “It brightens up the whole atmosphere. It makes you feel almost like you’re somewhere else. Everybody loves the way it looks; it’s uplifted everything. It seems to be the first thing everyone talks about when they come in.”

The recent changes have brought back life to the street, Ellis said.

“There are good, viable businesses there paying taxes now,” Ellis said. “There was not much in the way of commerce before coming out of those buildings.”

The city is now on phase two of the sidewalk revitalization with construction beginning on West Elm Street this week and more work planned soon including the intersection of Love and Three Notch.

Sanders asked drivers to be cautious as some lanes will be closed during the work over the next 90 workdays.