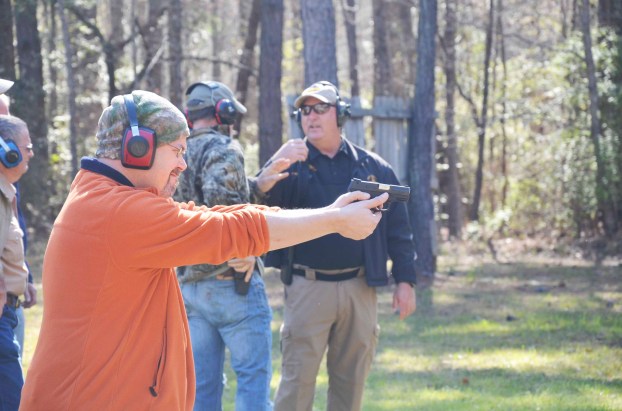 On Sunday, Dec. 29, a man armed with a  shotgun shot and killed two churchgoers at West Freeway Church of Christ in White Settlement, Texas.

The violent spree was ended with a single gunshot by Jack Wilson, a member of the church acting as an armed security officer.

With the tragic news comes movement in the Pike County community about how to safeguards places of worship against attacks like this that seem to have become more and more prevalent in recent years.

Chad Mannion, pastor at Salem Baptist Church in Brundidge, is one of several pastors in the area that have already put a church security team in place,

“Over a year ago, we were in the same position that we’re in now,” Mannion said. “There was a mass shooting at a church in Sutherland Springs (Texas) that prompted us to make progress on putting a security team in place. We had discussed it before and had a lot of things going on in committee, but seeing that churches were being targeted led to us getting it done.”

In the Sutherlands Spring shooting, 26 people died and 20 more were wounded. A local resident across the street with an assault rifle was able to injure the shooter, who then fled in a vehicle, which he wrecked and died.

Sheriff Russell Thomas said with these incidents becoming more common, the county is working on pulling together to make sure churches are secure and prepared.

“I’ve got 17 chaplains in my department and I’ve spoken to almost all of them in the past few days,” Thomas said. “I’ve spoken to both Troy Mayor Jason Reeves and Brundidge Mayor Isabell Boyd as well as both police chiefs and we’re going to organize something to bring all the churches that want to come to talk about church safety and security and have trainings.”

Thomas said he hopes to finalize details of the meeting some time in the coming week to have the meeting in January.

“Once we had our team in place, we realized we need training; we had to at least get our teams trained with firearms,” Mannion said.

The team members were welcomed out to the Sheriff’s Department shooting range to receive training from deputies in proper technique to draw, hold and shoot the guns.

And religiously motivated shootings aren’t the only concern. In the Sutherland Springs case, the shooter had a dispute with a relative at the church that led to the massive loss of life.

“Those situations can bleed over into the church,” Thomas said. “You can have a domestic issue or even a disgruntled employee.”

In light of the recent tragedy, Alabama Attorney General released a statement regarding questions he has been receiving regarding the legal aspect of church security teams.

“First, as a practical matter, Attorney General Marshall urges every place of worship in Alabama to adopt and implement a church safety plan,” the statement reads. “Second, as a matter of law, Alabama, like Texas, does not impose a duty to retreat from an attacker in any place in which one is lawfully present.”

Alabama’s law, like Texas’s, goes further to say that an individual has a right to “stand his or her ground” so long as he or she is justified in using deadly physical force, is not engaged in an illegal activity, and is in a place where he or she has a right to be located.

But questions have been raised about whether new laws need to be enacted to ensure immunity for church members defending the place of worship. Texas enacted a law expressly stating that churches can choose whether to allow handguns to be brought onto the property by licensed holders.

Marshall’s statement said no legal action is necessary in Alabama due to the state of the criminal code.

“Alabama law already treats churches the same as other private property—meeting the same objective as the recently-amended Texas law. Moreover, an established church security team would inherently have the consent of the church to carry a firearm on the premises.”

Thomas said he would urge legislators to pass legislation that makes it clear church security officers are within their rights to defend the congregation with potentially lethal force.

“It’s bad that we live in a day and time that we have to have people with guns in our schools and churches, but it’s not going back; we’re going to be facing this for now and forever in our future,” Thomas said. “We need to do our part as far as law enforcement to get involved and be proactive, not reactive.

“We don’t want to be sitting back and letting it pass us by. We have to ask ourselves how can we provide services to the people in our county and our community? We are looking to increase gun training for citizens and promote neighborhood watches. We hope to have these meetings to hear the concerns and needs of churches to enlighten us on what we can do.”

“Everybody is all in to work together to do our part.”

A deep playoff run and a stunning upset marked the end of the 2018-2019 basketball seasons. The Pike Liberal Arts... read more