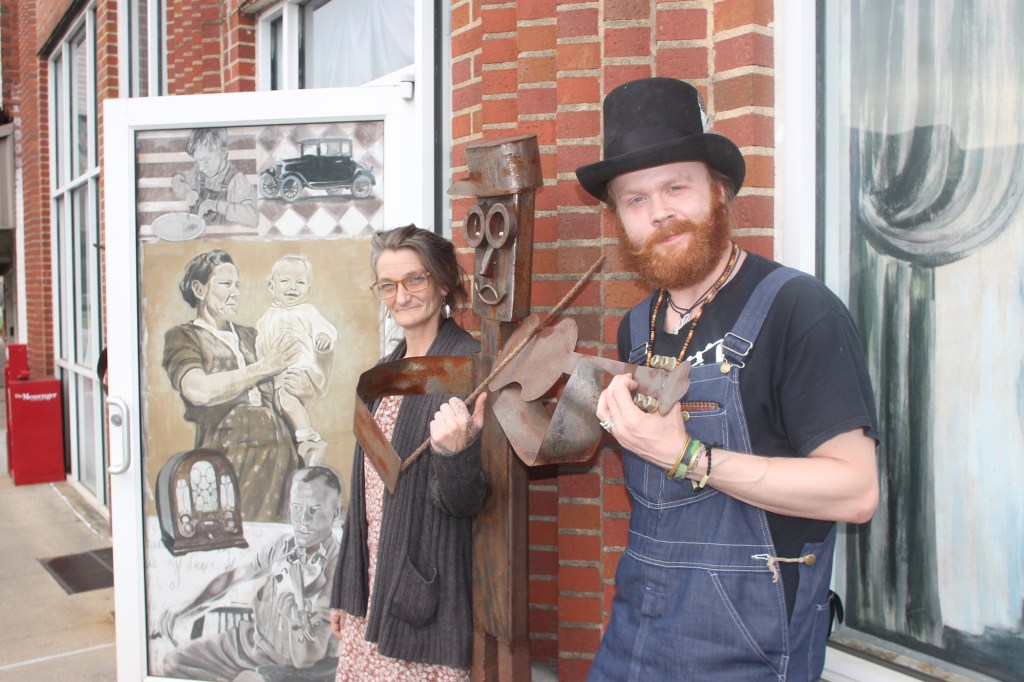 Pike County joined in the statewide three-year Alabama Bicentennial celebration, 2017-2019, and also took advantage of the opportunity to celebrate its own people, places and stories.

Alabama became a state on December 14, 1819 and Pike County was founded in 1821, four years after Alabama become a territory and two years after it had been created a state.

The cities of Troy and Brundidge planned Alabama Bicentennial celebrations that would focus on their cities and surrounding areas.

The City of Troy formed Reunion Troy, a special committee to research and spearhead programs and celebrations throughout the Alabama200 celebration which was led statewide by the Alabama Bicentennial Commission.

Nicklaus Chrysson, Reunion Troy social media coordinator and historian, said the City of Troy kicked off the three-year celebration in 2017, with a community band concert featuring The Park Band on the square in downtown Troy.

“Reunion Troy’s next Alabama Bicentennial event was a Heritage Walk in downtown Troy,” Chrysson said. “Markers with pictures and information were placed around the downtown area that designed historic sites. The Heritage Walk was a self-guided tour and provided residents and visitors with information about Troy’s historic downtown.”

Also in 2018, Reunion Troy planned a weekend honoring the military service of Troy and Pike County veterans beginning with World War II and through Afghanistan.

The weekend began with a Veterans Day Breakfast hosted by the Colley Senior Complex and continued with the showing of a video, “Sharing Our Stories” by Trojan Nelsey Leverette featuring veterans from different wars and branches of service. Author John D. Morrison also shared the story of the 933rd Field Artillery Battalion in WWII that included soldiers from Pike County.

In the afternoon, the Pioneer Museum of Alabama invited veterans and their families to visit their military exhibits.

In 2019, the Reunion Troy committee dedicate Troy’s Bicentennial mural, titled “The City of Troy: Our People, Our Places, Our Stories” with a large gathering present. The mural project was led by Troy artist Alex McLendon. Troy’s Alabama200 mural features a series of activities and events that celebrated the people, places and stories of Troy. The mural includes educators, historians, students, local business and community leaders of various generations. The mural is a compilation of the past, present and perhaps, even future leaders, that have significantly impacted the City of Troy at various points in history.

The Brundidge Historical Society has been telling stories of the people, places and events in Brundidge for 18 years through its original folk life play, “Come Home, “It’s Suppertime.” The play is set during the Great Depression era and tells stories of those who lived and survived Hard Times.

Lawrence Bowden, BHS president, said the folk life play added new scenes and new stories as it continued to tell of the people, places and events in rural Alabama.

“During the years of the Alabama Bicentennial, the BHS featured storytellers at its annual Pike Piddlers Storytelling Festival whose stories centered around how life used to be and the humor and heartbreak of those times.

“Traditional music is also a part of both the play and the storytelling events,” Bowden said. “Because people and their stories are the focus of what we do at the WPA Theater, we wanted to bring something completely new to the stage for the Alabama Bicentennial.”

And that something new was the story of Audrey Sheppard Williams, the wife of country music legend, Hank Williams.

“Audrey Sheppard grew up in rural Pike County, just outside of Brundidge,” Bowden said. “A lot of stories have been written and told about her, many of them not flattering.”

Story performer, Dolores Hydock of Birmingham understands there are two sides to any story and agreed to tell the other side of Audrey Sheppard Williams’ story. She used books, movies and family interviews to write and tell the story about the young woman who walked away from the red clay fields of Pike County and into the glaring spotlight of her husband, country music legend, Hank Williams.

Other Alabama200 events were Chris Rodrigues and Abby the Spoon Lady who played old-time music on old-time instruments including the spoons, bells and the saw and The Dill Pickers vocal string band.

The City of Brundidge also hosted “Cultural Arts Week in Brundidge in November 2019.

TAC to kick off 2020 season with annual membership…