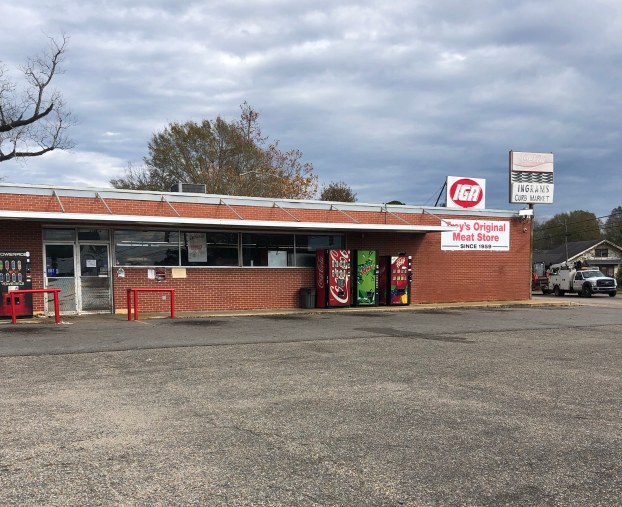 Conley Jordan was headed to the store on Saturday when he discovered a “closed” sign in the window of Troy Meat City.

“I didn’t know anything about it until he went up there to get a loaf of bread and saw the sign that said they were closed,” said his wife, Charlene. “ I’m not going to lie … it hurt my feelings a little bit.”

Her parents, Jack and Grace Ingram, opened a curbside market on West Fairview Street in 1959. They built the grocery store in 1966 and Conley started working with them. Charlene taught school until 1974, when she began working fulltime at the grocery store.

“We still own the building,” Jordan said. “And they still have a year on their lease.”

Like many in the community who found the “closed” sign on the door at the grocery store last Friday morning, the Jordans had no notice that the owners planned to close the store.

As of Friday, Jordan said she had not been able to talk with the owners about the closing or their plans. “I’ve not talked to him, but I can tell you he has another year on the lease,” she said.

Sabrina Oliver, who worked at the grocery store for 11 years as a cashier, said she learned of the closing on Thanksgiving Day. “I went up there to pick up my check and they just kind of sprang it on us,” she said. “I was just stunned.”

Oliver said she misses seeing the friendly faces and people she grew to know while working at the store. “I keep running into people and they keep asking me ‘what happened.’ It’s sad.”

Troy City Councilman Robert Jones, District 1, owns and operates Crowe’s Chicken across the street from the grocery store. “It’s been there forever,” Jones said of the grocery store. “I can recall going there as just a little boy. I used to live right there on Fairview and it was there when we moved there more than 50 years ago. It’s something that’s going to be missed in that neighborhood and in Troy. People from all over Troy have been coming there for years.”

Troy Mayor Jason Reeves is one of those people. “I bought baseball cards there as a kid,” he said on Friday. “The curb market has been a part of Troy for generations.”

A locally owned Piggly Wiggly store located just a few blocks away on North Three Notch Street continues to serve the neighborhood and the community. And while no one knows if the Troy Meat City business will be sold, reopened or remain closed, Jones is hopeful.

“Part of my vision for District 1 with bringing Conecuh Ridge Distillery is to build that side of town back up; obviously this is a hit to that side of town. But maybe somebody else will come in and reopen it,” he said.

A Troy man led police on a pursuit Wednesday that ended when he wrecked his vehicle near Spring Hill shortly... read more