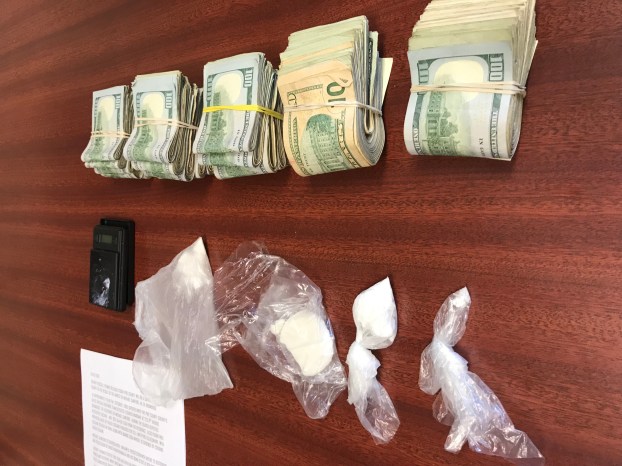 A Brundidge man was arrested Tuesday night after Pike County Sheriff’s deputies discovered cocaine inside the man’s residence during a raid.

Michael Sanford, 48, of Brundidge, has been charged with possession of cocaine with intent to distribute and possession of drug paraphernalia in relation to the case.

Deputies recovered several baggies of cocaine, a digital scale and more than $20,000 in cash from the residence.

“The streets of Brundidge and Pike County are a lot safer with him off the street,” said Chief Deputy Buck Williams. “He has a long history with law enforcement including prior durg charges and convictions.”

Deputies had been investigating Sanford for more than a year and finally were able to move forward with a search warrant Tuesday night.

The search had not turned up any drugs until deputies discovered a false light switch that served as a compartment for the cocaine.

The sheriff’s department thanked the Troy and Brundidge police departments for assisting in the investigation.

Possession with intent to distribute cocaine is a Class B Felony punishable by up to 20 years in prison.

The Bullock County Sheriff’s Office got a tip Wednesday morning about a moonshine still operating in north Pike County. By... read more