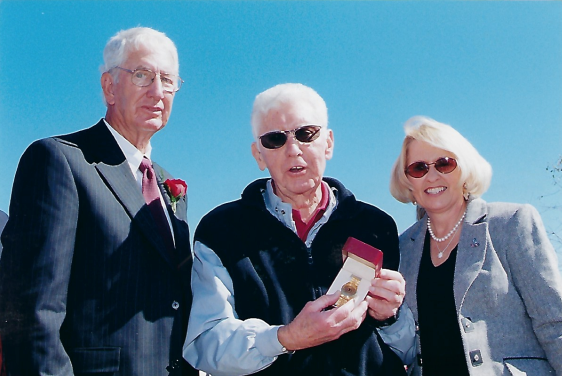 The death of George O’Neal on September 10, 2019,  was accepted with a deep sense of loss by all who knew and loved him. O’Neal was a positive influence in the Troy business and civic communities and among Troy University alumni for decades.

Former Troy Mayor Jimmy Lunsford had the good fortune to have a close personal relationship with O’Neal as well as a strong working relationship.

O’Neal was Lunsford’s first and only choice for city administrator when the position came open.

“I knew, without doubt, that George was the best man for the job and he did a fabulous job helping run the city,” Lunsford said. “But, George did a great job doing whatever he was doing.”

When it was time to plan the City of Troy’s 150th year celebration, George O’Neal was the man for the job.

“George was a master planner and organizer,” Lunsford said. “So, he was the one to head the 150-year celebration committee. That was the best yearlong celebration that any city could have. George was a fun-loving guy and we all had a great time celebrating. The men grew long beards and wore top hats. Of course, we had to bury a time capsule and George was meticulous about what went into it.”

O’Neal was meticulous about anything and everything, especially about time, Lunsford said.

“If George was going to have a meeting of any kind, it was never on the hour or half hour. He would set a morning meeting at 9:03.

Lunsford said his friend was a little “tight” with his money.

“George and Emma would come to the Troy Country Club and he would order a hamburger and tea and they would split it,” Lunsford said laughing. “George O’Neal was a prince of a fellow. He loved life and he loved Troy. And, we all loved him.”

Although Marsha Gaylard had known the O’Neal family for a long time, she had the opportunity to work closely with George O’Neal when she was president of the local chamber of commerce.

“George was instrumental in starting Troy university’s ‘appreciation day’ parade,” she said. “The ‘homecoming’ parade was held in appreciation for all the college meant to the City of Troy. But George didn’t want recognition for his role in the parade – he never did anything for recognition. He wanted everything to be just right and for everything to go just right.”

O’Neal could have, “and should have” watched the Troy Appreciation Day Parade seated on the grandstand.

“But he would be going around, behind the scenes, making sure everything was being done right and going right,” Gaylard said. “George loved being involved and he was a great contributor to the City of Troy.”

Countless Trojans remember with fondness the man who “led” the parade.

When Faith Ward, Troy University Director of Alumni Affairs, came on board, O’Neal was “running the show.”

“George was an organizer and he knew how to run a parade like it should be run and needed to be run,” Ward said. “I worked with him for 22 years and he always made sure that things were done right and went right.”

Ward said O’Neal’s leadership put the Troy University Appreciation Day Parade on sound footing and secured its success for the years ahead.

“George O’Neal will be long remembered by his community. And, not just as the “leader of the homecoming parade.”

Lunsford said O’Neal will be remembered primarily for his deep faith, his love of family, friends and his community.

“George will be long remembered.”