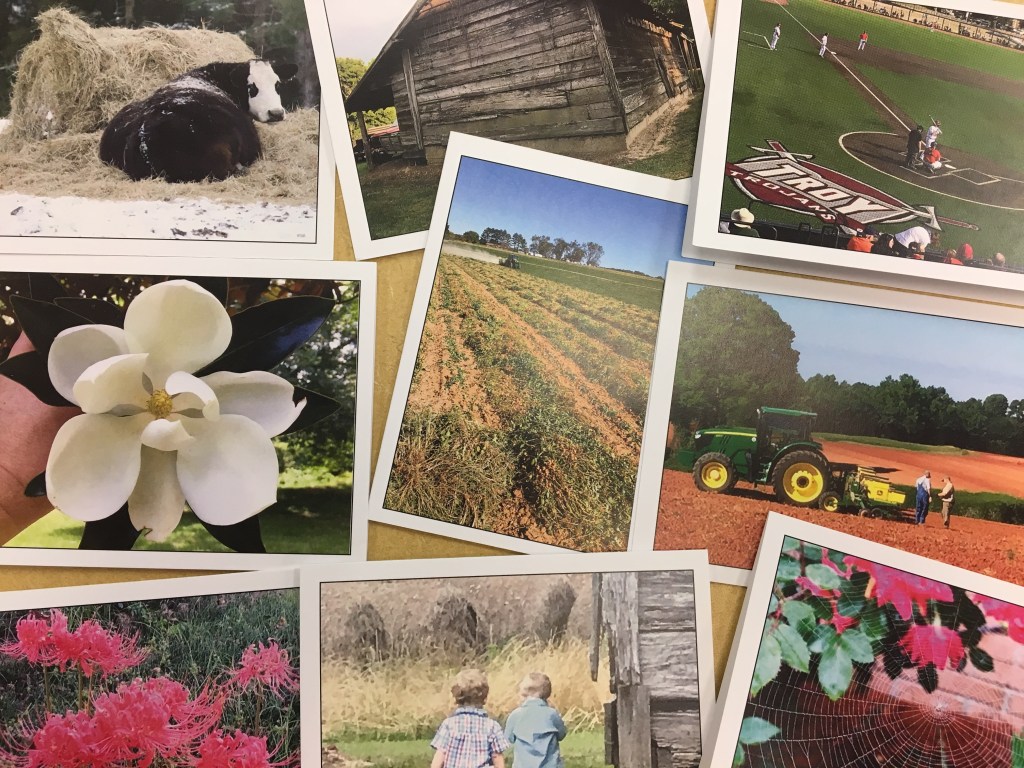 The Brundidge Study Club has long been actively involved in the happenings in and around Brundidge. The club members are especially interested the historical aspects of the community and its prospects for the community’s future.

For most of the 28 years that the Brundidge Historical Society has sponsored the annual Peanut Butter Festival, the Brundidge Study Club has hosted the Peanut Butter Recipe Contest. The contest entries included, primarily, cakes, pies and cookies but unique entries like peanut butter burgers and peanut butter and olive spreads not out of the norm.

Heather Minton said, after so many years, the Brundidge Study Club decided to look for another fundraiser for the club.

“Two years ago, we tossed around several ideas for a fundraiser and the one that generated the most interest was note cards that depict landscape scenes in and around Brundidge,” Minton said. “We have club members from around the county, including Troy, so each member was asked to submit photos from their area.”

When all of the photos were submitted for considered, the club members sifted through the entries and chose the 10 cards to be “noted.”

The inside of the cards was left blank so they could be used for any occasion – birthdays, anniversaries, get-wells, thank you’s, congratulations. The project was very successful in raising funds for the club. The fundraiser was so much fun the club members decided to “do it again,” Minton said.

“We now have two packs of cards that include scenes around Pike County,” she said. “Many are photographs of rural landscapes but we also have cards of barns, vintage planes, stained glass, Troy University. Each card is a snapshot of Pike County.”

Minton said the funds raised from the sale of the note cards are used to support that arts programs at both the high school and elementary school in Brundidge and other school needs around the county.

“Much of the focus of the Brundidge Study Club is on education. We also support the Tupper Lightfoot Memorial Library in Brundidge and Pike County 4-H programs.”

“Salem Baptist Church, Brundidge United Methodist Church and the Tupper Lightfoot Memorial Library allow us to use their facilities and we are very appreciative,” she said. “We have 16 members and we enjoy the fellowship and learning more about our community and our state, especially this year as we celebrate Alabama’s Bicentennial.”