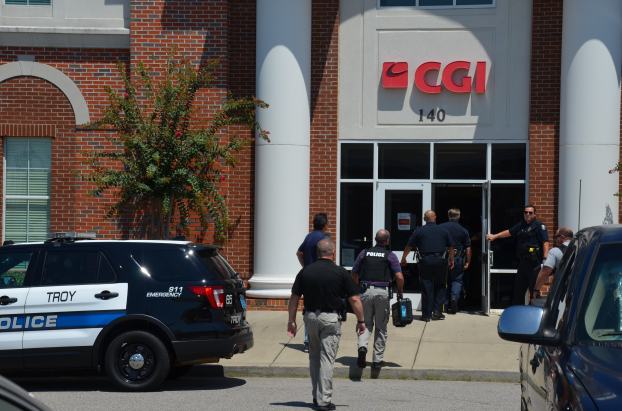 CGI was evacuated Friday morning after an employee found a bomb threat written inside the facility.

Police responded immediately to the scene while employees were evacuated from the building.

“Once all employees were moved to a safe location the building was cleared by police with assistance from CGI management and a canine specially trained in explosive detection,” Barr said. “Investigators processed the scene and collected evidence. The all clear was given and the employees were allowed to return to work.”

“Following an evacuation of CGI’s Troy office today and a subsequent all clear notice from local law enforcement that the building was safe, CGI employees have returned to the building and operations have resumed,” a CGI spokesperson said Friday afternoon. “We will continue to work in close collaboration with law enforcement during their ongoing investigation of the incident.”

The Troy Police Department is being assisted in this investigation by agents from the Bureau of Alcohol, Tobacco and Firearms as well as Troy University Police and the Troy Fire Department.

Last month, Jamie Scarbrough had just returned to work the week after her mother passed away, and she was having... read more