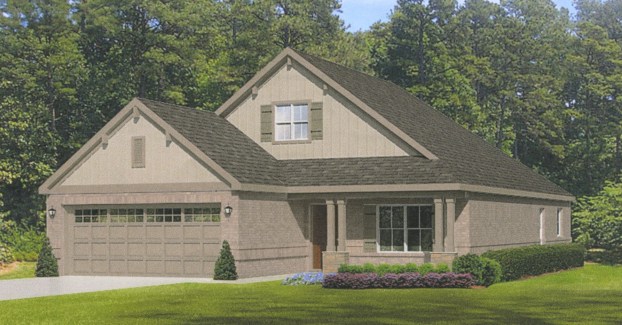 News homes to be built off Trojan Parkway

A new subdivision is being developed off Trojan Parkway, the first neighborhood planned for the new road.

Walt Stell, representing Stone Martin Builders, came before the Troy Board of Adjustment Thursday afternoon to request variances to allow the first 29-home phase of the subdivision to move forward.

The subdivision would be near the end of the road, one of two roads created in the “Enzor Road Connector Project” completed in 2016, near the intersection with Enzor.

Stell said the special exceptions were needed to have four of the residential lots begin in a commercial C2 zone as well as the corner of portions of two lots that would be in commercial office zoning.

“As you know with the industry coming to town, there’s a need for new housing,” Stell told the board. “For this subdivision there will be a new road coming in off of Trojan Parkway. To alleviate the cost of that road, Stone Martin wanted to have four of the lots in the commercial zone.”

Stell said residents of Enzor Road indicated that they did not want the homes to front Enzor Road, so Stell said a vegetation buffer will be included on the backs of the nine homes adjacent to Enzor Road.

The board unanimously approved the exception and variance.

Stell said this is the first phase of a planned 116-home development in the area.

“With all of this industry coming in, some people have chosen to live in Montgomery or Dothan, and that’s partly because of us needing more homes here.”

Stell said the patio homes are bigger than the traditional concept of a patio home, with the smallest coming in at 119,000 square feet. The houses are primarily three- and four- bedroom houses.

“It provides a larger house option for people who may be looking for a home with multiple children,” Stell said.

Abigail Brooks, a rising junior at Pike County High School, was named “AXP of the Week” at the National Flight... read more