The Alabama Legislature passed a bill during the 2019 session designed to protect free speech at public colleges across the state.

Included in the bill is the elimination of “free speech zones” that limit free expression to a defined area. Troy University once had a free speech zone included in its policy, but Herb Reeves, dean of student services, said that’s no longer the case.

“In the last couple of years there have been some modifications to our free speech policy, so I’m not sure how much of an impact the bill is going to have on us,” Reeves said. “We have opened up the majority of the campus for free speech.”

Previously, the quad on the backside of Bibb Graves Hall, sometimes referred to as the “social quad,” was designated as Troy’s free speech zone. Reeves said that started when the amphitheater was there and continued until last year when Troy officially changed its policy.

“That’s still where most of the speakers go with the traffic of the students being there,” Reeves said. “But the policy has been modified so they’re not required to go there.”

There are still some requirements for individuals or groups that want to demonstrate on campus, Reeves said.

“We ask them to notify us that they are going to be on campus,” reeves said. “Especially any external or group on campus that wants to do something, they need to register to reserve a space through facility reservation policies. But they wouldn’t be denied because of their free speech, we just want to know who is coming to campus.”

The bill also mandates that public universities develop policies that would include that campuses “shall be open to any speaker whom the institution’s student organizations or faculty have invited” and that universities will not charge security fees based on the “content of the invited guest’s speech.”

Republican Rep. Matt Fridy, who sponsored the bill, says the legislation is important in protecting universities as the “marketplace of ideas.”

Some Democrats argue the bill would offer protections to racist speakers such as neo-Nazis.

Reeves said the key is civil discussion between people that disagree.

“I think it’s important on any college campus; it’s part of the collegiate experience to share different opinions and learn from each other whether you agree with each other or not,” Reeves said. “You learn to listen to other people’s opinions and experiences. But the key is to do it in a civilized and respectful manner and not disrupt each other to a point where you’re interfering with other people’s rights.” 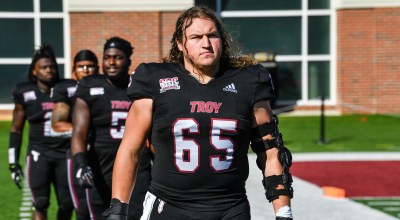 Painful joints? Rain may be on the way, some…