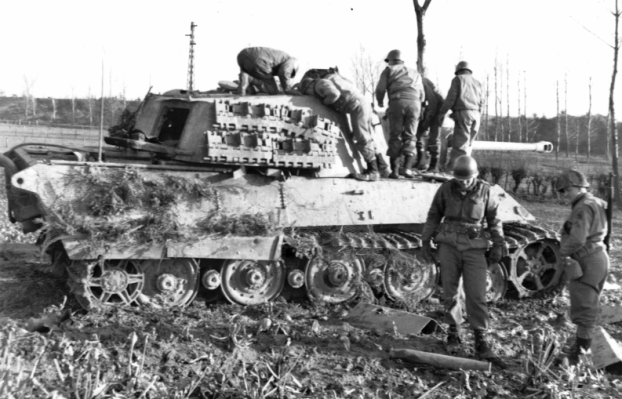 Like many young boys of his time, James Shiver dreamed of flying an airplane.

But he knew it was only dream … until the start of the war in Europe in September 1939.

Shiver had two brothers who were serving their country so, instead of going to school the morning of his beginning the 12th grade, he ran off, fibbed about his age and joined the service.

Shiver enlisted in September 1940 with hopes of serving with the U.S. Air Corps and achieving his dream of flying a plane.

However, that was not to be.

His letter of acceptance into the U.S. Army Air Corps arrived too late for his dream to come true. What a difference one day would have made for young James Shiver of the Hamilton Crossroads community.

But Shiver was willing and eager to serve his country, especially with the rumblings of war. He believed it was his duty as well as a high honor to serve, whether in the air or on the ground.

He first served with Gen. George Patton at Fort Benning, Georgia and then with the Louisiana Maneuvers before going to North Africa with Patton and then to Sicily.

Before Shiver could make it to the shoreline in Sicily, he was slammed against the ship with such force that his arm was temporarily paralyzed.

Shiver served with the 2nd Armored Division under Patton. His division went ashore on Omaha Beach on D-Day + 1.  Shiver said he prayed all the way that he would just make it to the beach.

The M-4 Sherman tank that Shiver piloted was among those in the U.S. armored division that were deemed death traps.

In the heat of battle, it was said that it was as dangerous inside a M-4 Sherman tank as it was outside.

Shiver said the German tanks, the Panther King and the Tiger, were much larger than the M-4 Shermans. The Allies had to fight their way across Normandy and it took six weeks to gain control.

“We had to fight our way through the thick, heavy hedgerows,” Shiver said. “The Germans hid their tanks in haystacks. One stack would be hay and another would be a tank. We would come out of the hedgerows and our tanks would be like sitting ducks.”

Shiver said he saw many American tanks knocked out. Once, his tank was hit and one crew member was killed, maybe two, he didn’t know for sure.

When his tank was disabled, Shiver hid one night in a school building. During the night, he heard the clanging of German soldiers’ boots on the cobblestone streets. Fear was a daily companion.

Shiver said he was among the fortunate and blessed to make it home. He was certain that it was, in part, because he had a praying father, Willie Shiver.

Now, in his 90s, Shiver’s memory is not as exacting as it once was. But he remembers clearly the pride of service that he experienced. He is just as committed to country as he was that early morning in 1940 when he decided he had something more important than school that day. So, he joined the United States Armay without any regrets – ever.

The Pioneer Museum of Alabama provides visitors with a fascinating chapter in Alabama’s 200- year history. On Tuesday, the Pioneer... read more