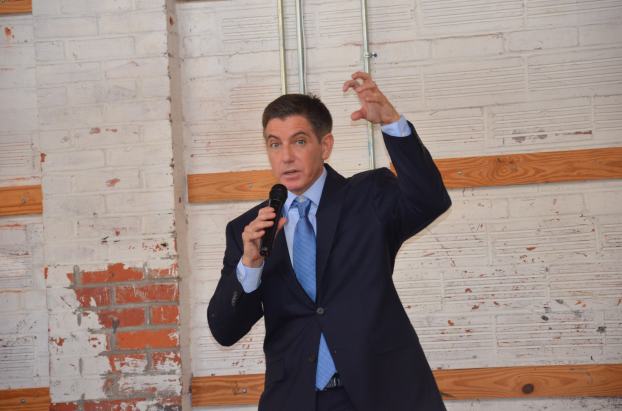 Dr. Paul Dulaney is a board-certified OB/GYN at Troy Regional Medical Center. But that does not tell the whole story of the 1997 graduate of the University of South Alabama College of Medicine.

Dulaney is also board-certified in medical detoxification, which is the first part of the rehabilitation process for recovery from addiction. It’s the process of clearing toxins from the body of a patient who is dependent on substances of abuse. Medical detox is designed to manage the symptoms of withdrawal that follow cessation and help patients overcome physical dependency.

So, what’s the connection between OB/GYN and Medical Detox? Dulaney told the participants at Female Factor Wednesday that the two are not strangers. And it was that relationship that fostered his passion for caring for those who suffer from addictions and fueled his desire to walk them back into society and to lead productive lives.

Working with women, Dulaney became increasingly aware of the growing number of women who are dealing with addictions, of which smoking is number one.

Dulaney said addictions in women often began with a male and are accelerated through a relationship with a male.

However, once a need is established, the pleasures of the rewards become increasingly more important, more addictive.

In order for a person with an addiction to avoid the misery of what they are feeling and to feel  ‘normal,’ their dependency on their addiction increases and heightens. To break from the addiction, the pathways set by the drugs have to be rewired, Dulaney said.

Dulaney asked the women at Female Factor to close their eyes. He asked them to envision a closed box and then to open that box to see what was inside.

Inside the box was a carrot, he told the women.

He asked the women what feelings the carrot invoked. There was laughter.

He then asked how they would have felt if the box had contained a warm, apple pie.

There were smiles and mumblings of great anticipation.

Dulaney said that’s how it is with those who are dealing with addictions.

“Except for them, everything is a carrot,” he said. “And, for just one time, they would like to have an apple pie.”

Like many young boys of his time, James Shiver dreamed of flying an airplane. But he knew it was only... read more