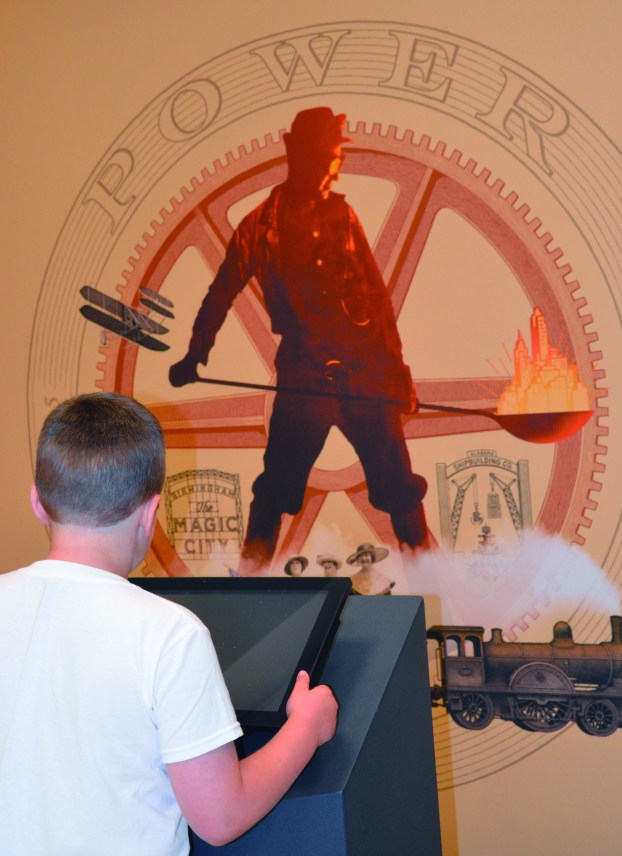 Since March 18, the “Making Alabama: A Bicentennial Traveling Exhibit “ has been crisscrossing Alabama. When the exhibit makes its final stop in November, it will have toured all 67 Alabama counties.

On Monday, “Making Alabama” will open at 11 a.m. at the Fine Arts Center at Pike County High School and will be available for viewing through June 21.

The traveling Alabama 200 exhibit is hosted by the City of Brundidge and will be open from 11 a.m. until 2 p.m. and from 4 until 7 p.m. Monday through Friday. Other days and times will be by reservation. The number to call for reservations is 334-735-3675.

Faust said all 67 Alabama counties belong to a larger than life story that has been 200 years in the making.

“Pike County is featured in a publication of the Alabama Humanities Foundation that includes photographs of places of interest throughout our county,” Faust said. “The publication was inserted in The Messenger on Tuesday. It has information about the exhibit and also about Pike County.”

The “Making Alabama” story begins when vast oceans and teeming forests covered Alabama and takes viewers on an amazing journey of wonder, conflict, conviction, power, struggles and change to its bright hope for the future.

“We can trace Pike County’s story back to the making of state roads and pioneering paths,” Faust said. “Hunting trails paved the way for the Three Notch Road, which was an early trade and military route that connected Troy to the frontier.”

The Alabama Humanities Foundation recognizes the county’s efforts to preserve the past through the treasured artifacts at the Pioneer Museum of Alabama, its agricultural history that is celebrated with the Peanut Butter Festival, its continuing rich tradition in the arts promoted through the Johnson Center for the Arts and the International Arts Center at Troy University and its stories that are told in the oral tradition at the We Piddle Around Theater.

Faust said “Making Alabama: A Bicentennial Traveling Exhibit” will take visitors on a journey that will include little-known secrets and monumental events.

“It features a showcase of unsung heroes and those who are world famous,” she said. “There is much to be learned about Alabama and even more to be appreciated.”

Faust said all Pike Countians and others who are interested in Alabama history are encouraged to take advantage of this unique opportunity to be a part of the statewide celebration of Alabama’s story.

Members of the Brundidge Historical Society will serve as docents for the exhibit and will be available during the designated hours.

AT HOME ON THE STAGE

For the past eight months, Troy’s Teyonna Johnson has been pursuing her acting dream in California. Johnson, a 2014 graduate... read more